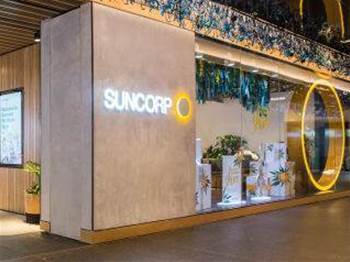 Retail bank Suncorp has followed ANZ in adding eftpos functionality to its Apple Pay offering as the tussle to get to the top of consumers’ digital wallets between local and international payment schemes intensifies.

The addition of eftpos to Apple Pay by banks means that customers of participating institutions are able to take extra cash out with purchases, and increasingly popular option amid a growing cull of ageing ATM machines that banks are progressively trying to divest.

Getting banks to offer eftpos functionality with Apple Pay – at least for those banks that have signed up with Cupertino – has become a mission for the veteran local payments network as it seeks to modernise its offerings and services.

At the same time, banks are trying to placate retailers that have become increasingly testy about the level of card acceptance and merchant fees that are typically charged on a subscription and percentage level for credit based products.

“We are committed to offering our Everyday Banking customers a range of convenient, safe and secure payment options. eftpos with Apple Pay gives our customers more choice and convenience,” said Suncorp’s executive general manager for deposits and payments, Bruce Rush.

Like ANZ, Suncorp was an early adopter of Apple Pay having signed up a year ago.

In doing so it eschewed what amounted to a failed boycott of the payment platform by the Commonwealth Bank, Westpac and NAB who tried to star their own digital wallet platform, Beem, only to have the CBA backflip to sign-up to Apple Pay in December 2018.

However the CBA, which has arguably the biggest debit card customer base in Australia, quickly came under fire from eftpos customers who were shut out of the Apple Pay deployment when it went live in January this year.

In February the CBA said it had added 500,000 customers to Apple Pay in just two weeks.

CBA’s business card customers, who were also left off the first Apple Pay deployment there were finally connect-up to the service this month.