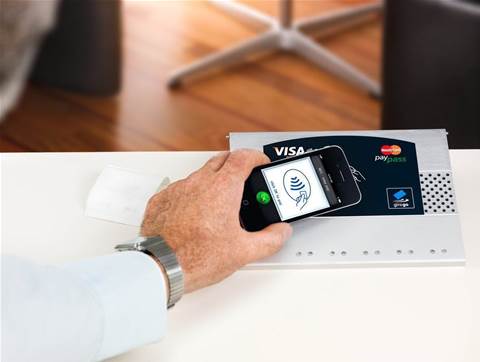 Conspicuously timed to coincide with rival bank ANZ’s half-yearly results – where that institution claimed digital wallet leadership with more than 88 million transactions in the last 12 months - CBA said the inclusion of business card holders is part of its drive to become a simpler, better bank with the latest digital offerings.

“Delivering simple, intuitive digital payment solutions that provide choice and convenience, will continue to be a key focus for us in 2019,” he said.

However, it might not be as simple as the bank hopes, with one user having already tweeted a confusing screenshot of near-identical cards overlayed on top of each other in the app.

That is great news. However, could you please give the business and personal cards a different colour? They are almost identical in the wallet. pic.twitter.com/P0vnw2QVKK

ANZ became the first of the Big Four to offer Apple's mobile wallet in 2016, after a protracted stoush between the banks and Apple over the transaction fees Apple charges and the inability for banks to access iPhones’ NFC chip for use in their own mobile banking and wallet solutions.

However, smaller banks including Macquarie, Bankwest and Suncorp, along with a number of credit unions, have jumped at the chance to offer the popular mobile wallet, which has readily been adopted by customers.

Westpac has also revealed that it’s open to joining the pack after it upgraded at three of its subsidiaries to include eftpos in Google Pay paved the way for it to adopt Apple’s mobile wallet.

NAB similarly flagged its openness to offering Apple Pay in December last year, after CBA’s shock announcement that it would be ending its unofficial boycott.

Neither NAB nor Westpac, however, have said anything about when Apple Pay might become available to their customers.