Stockland settles in on its new SAP core 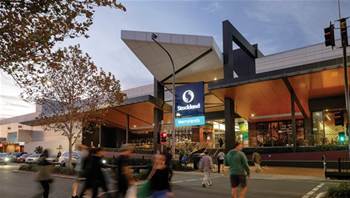 'Some transition pain' still being worked through.

Stockland is starting to see results from a large-scale core system replacement project that saw it consolidate operations onto an S/4 HANA platform that went live in August last year.

The property group began the replacement program in 2016 with aims to implement a core enterprise resource planning (ERP) system plus a Salesforce customer relationship management system.

When chief financial officer Tiernan O'Rourke joined Stockland in 2013, the company ran 144 different systems; it has now brought that figure down to 10.

O'Rourke told SAP's annual SapphireNow conference that the push to reduce reliance on legacy programs was considered one of the largest undertakings in Stockland's 70-year history.

He added there are “very good early signs that our objectives will be delivered."

"With my financial hat on, we did our half year results for December 31 2020 in the new system," O'Rourke said.

“We now have a single source of the truth. We didn't have that before with so many different systems."

O'Rourke said there is still "some transition pain" from the system consolidation and establishment of a new single core.

“I always expected that," he said. "It's better in some areas and it's worse than others.”

He added that a “very detailed hypercare process” has been put in place to help with the transition issues.

Hypercare is a phase of SAP migration projects that offers elevated support immediately after go-live to ensure the platform works in production and performs as expected.

As Stockland owns and operates physical real estate assets, O'Rourke said that an early challenge in the core replacement project was “getting people's minds away from the physical into the digital”.

“At the start of the journey, that was one of the biggest obstacles we had to overcome," he said.

“The first phase of the project was really to get as much of our physical data digitised as possible, and getting [those data stores] interacting with each other.”

Throughout the project, Stockland stuck to three key objectives – risk, governance and growth.

“Those three don't always work together; they sometimes work against each other.

"But getting the right balance between that trilogy was a really important part of the journey that I've curated over the last few years.”

O'Rourke added future plans of Stockland will see AI and robotics “form a much bigger part of digitisation” efforts at the company.

“There's no doubt that increasingly business will enforce that, but there are laggards in all parts of all sectors, and it's quite difficult to do it," O'Rourke said.

Many Australian businesses were unprepared for the change from paper-based systems to a digital approach, he said.

However, O'Rourke said Stockland is “absolutely” determined to be at the forefront of the change.

“We implemented [SAP] Ariba as part of our platform, and on the procurement side we're automating all of our contracts," he said.

"That has helped enormously in a very complex supply chain arrangement.”