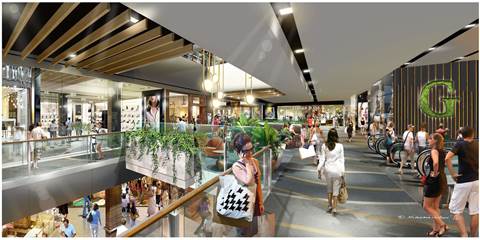 Plans to deploy SAP and Salesforce over next two years.

Property group Stockland is embarking on a core systems replacement project that will see it standardise on SAP and Salesforce.

The Core Systems Program is considered “the largest investment in systems in Stockland’s history” and will take another two years to complete.

The company, which builds everything from shopping centres to apartment complexes and business parks, said that a “feasibility phase” of the project this year had informed Stockland’s technology choices.

The program “aims to reduce the number of legacy systems we use around the business to simplify and streamline our activities, reduce costs, and take advantage of rapid developments in technology to improve customer outcomes,” Stockland said in its annual report.

“As part of the feasibility phase of the program this year, we have committed to implement SAP as our core enterprise resource planning system and Salesforce as our customer relationship management system,” the firm said.

“Deployment will take place during the next two years.”

Stockland flagged its intention to evolve the two new core systems in step with the development of each vendor’s suite.

“This investment will position Stockland’s systems to continually improve in line with improvements to SAP and Salesforce,” it said.

The scale and reach of the project means there would be a significant change management component, and the company said it would “continue to maintain two-way engagement with employees across the business about the program and system implementations to enable a smooth transition.”

It also indicated that its suppliers and customers could be impacted by the core replacement but did not specify how.

The core systems replacement comes as Stockland continues to feed IT work to its Stockland Support Centre (SSC), “an outsourced offshore team that provides support to Stockland employees across a range of business activities”.

“We decided to establish the SSC permanently in June 2015, after an initial six month pilot proved successful in providing more flexible and scalable support for our in-house teams and achieving the estimated benefits in the business case,” the firm said.

“Since then, we have transitioned a number of finance and IT activities to the team.”

Stockland acknowledged that the shift of work to the SSC had “led to a number of redundancies”, although it did not disclose numbers.

“We mitigated the number of redundancies through the use of fixed term contracts and by redeploying impacted employees,” it said.