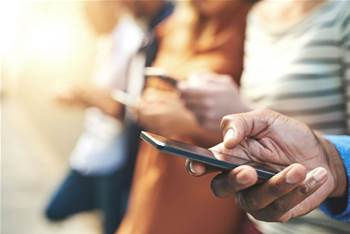 The minister in charge of the federal government’s Services Australia experiment has floated the prospect of a single website or app for accessing all government services.

Minister for Government Services Stuart Robert made the comments to the Australia Financial Review this week while announcing the government’s proposed data sharing reforms.

He said the government's ultimate aim was to bring the experience of government service delivery into line with that of the private sector by having one website or app where citizens could go for all their interactions with government.

“If you go to your Telstra app you can login biometrically, move to their CRM system and see all of the services that you have with Telstra and you can do everything from one place ... Citizens are saying where is the one app for government?” Roberts told the AFR.

Roberts used the example of the NSW government’s one-stop shop Service NSW, which offers access to some of its more than 1000 services, including the incoming digital driver’s licence, via its website and app offerings.

Prime Minister Scott Morrison has already said Service NSW will form the basis of Services Australia, a key focus of which will be to improve service delivery for all citizens.

“Service NSW now has a single entrance point via a website or an app that lets you do any number of tasks seamlessly, and that’s where we’re heading,” Roberts told the AFR.

One of the stumbling blocks has been the fact the government already has a defacto digital platform of sorts through the single sign-on portal myGov.

myGov allows citizens to access 12 federal and state government services, including Centrelink, Medicare, My Health Record and myTax, though it merely redirects individuals to services, and there certainly isn’t an app.

More recently the Digital Transformation Agency has been rethinking myGov to consider what the future online government service delivery landscape might look like.

But whether Robert’s app-in-question would just be an expanded version of myGov in app form or a complexly new platform, remains to be seen.

A spokesperson for the minister’s office declined to provide any further details on the government’s direction in this space.

However, what is clear, is that any all-in-one service app to emerge – myGov or otherwise – would sit alongside the government’s digital identity app myGovID.

The digital equivalent of the 100 point ID check, which is already accessible to those using the Australian Taxation Office’s business portal, will act as an authenticator to access services, including those through myGov, by July next year.