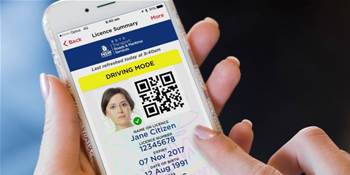 NSW citizens will have to wait a while longer to ditch their physical driver's licence, with the state-wide rollout of digital permits now expected to take place in “late 2019”.

The electronic vehicle licence was expected to become available to all citizens from August following a series of pilots in metropolitan and regional regions over the last two years.

Treasurer Dominic Perrottet even spruiked the proposed launch date for the opt-in digital pass in his June budget speech.

“After successful trials in key locations – New South Wales drivers will be the first in the country to have a choice of a digital driver’s licence from August this year,” he said.

But all mention of the August launch date has since been removed from the Service NSW website and replaced with “late 2019”.

A Service NSW spokesperson told iTnews the rollout would now take place “in the coming weeks”, but would not indicate why the launch had been delayed.

More than 14,000 citizens are already using the digital driver’s licence on the the Service NSW app for police checks and to gain access to pubs and clubs in the trial areas.

Dubbo was the first regional city to take part in the trial in late 2017, followed by Sydney’s Eastern Suburbs last year and the border city of Albury earlier this year.

Participants of the pilot are, however, still required to carry their physical driver's licence through the trial period.

This will change with the state-wide rollout, with citizens to be required to ensure they can produce either a digital or physical version of their licence when requested to do so by police.

The legislation, which was introduced and passed in May 2018, also addresses privacy concerns by only requiring driver to display their digital licence to police.

The digital driver's licence is also said to better protect citizen against identity fraud, with the pass “encrypted and stored securely on a person’s device”.

NSW’s digital driver’s licence will be the second to be introduced in Australia, and follows the South Australian government’s, which was introduced in late 2017.