ServiceFirst to shut down in six months 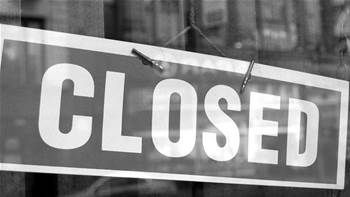 During budget estimates hearings earlier this month, Finance Minister Dominic Perrottet and his most senior bureaucrat, Finance secretary John Hubby, were quizzed about the outsourcing and offshoring of ServiceFirst operations.

The government announced in June it had sealed a $215 million deal with Infosys and Unisys to hand over the ServiceFirst remit and send 30 percent of the work - equivalent to about 90 jobs - to Bangalore and Hyderabad in India.

In a response to questions on notice (pdf & pdf), published today, Finance revealed ServiceFirst would be shut down in around six months time.

It also reported that the agency had been slimmed to 242 full-time equivalent staff as of 2 September in preparation, down from 305 FTE in July 2014.

“We have been working with staff to locate other jobs within government and as a result the number of permanent staff have been gradually reducing and we have been backfilling with contractors,” Hubby said.

Hubby and Perrottet were also quizzed about what data would be sent offshore alongside the corporate services work.

The department today confirmed the payroll data of some NSW government workers would be accessible by Infosys workers located offshore in a support capacity, but said the information would not be stored there.

It ruled out having Treasury or Department of Premier and Cabinet documents stored or accessed from the Indian sites.

DFSI denied there was any “commercial, competitive or sovereign risk” created by the new supply scheme.

ServiceFirst was initially established in 2008 as a central provider of human resources, finance, payroll, IT and other back-office functions to small and mid-sized government agencies.

It supports roughly 7200 public sector staff across 38 bodies, and operates out of offices in Parramatta and Haymarket.