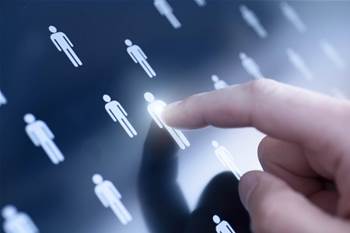 As outgoing head prepares to leave.

The national cyber spy agency put out the call on Thursday in preparation for the departure of outgoing head Rachel Noble, who will become ASD’s new director-general next month.

iTnews understand that it is the first time the high-profile position has been openly advertised since at the 2017 review of Australia’s security agencies. ACSC was opened in November 2014.

Noble, who has been ACSC head since replacing former national cyber security advisor Alastair MacGibbon in June, is the first woman to be appointed to lead a core Australian intelligence agency.

She replaces former director-general Mike Burgess, who left the agency in September to become the new director-general of security in charge of the Australian Security Intelligence Organisation.

The new ACSC chief will be expected to maintain the agency’s position as Australia’s peak technical cyber security authority by delivering programs and capabilities that proactively reduce security risk.

According to the job ad, this include providing advice to individuals, business and critical infrastructure operators to allow them to understand and act on current security threats.

The “highly motivated, outcome driven” SES Band 3 level executive, who will double as an ASD deputy director-general, will also be responsible for providing advice to government on operational cyber security.

ASD and ACSC have taken an increasingly hands-on role towards uplifting government cyber resilience since early 2016 after being funded for a program of work that embeds experts in agencies for up to six weeks to evaluate and develop strategies regarding their IT security posture.

The program began around the time of the state-sponsored cyber-attack against Parliament House, which ASD has since branded the country’s “first national cyber crisis”

ASD expects the successful candidate will have a “sophisticated knowledge of cyber security” that has been obtained through extensive work in both the public and private sectors, and must be able to obtain Top Secret Positive Vetting.

“You will have demonstrated experience in exercising sound judgment to manage competing requirements in a highly dynamic strategic, technical and social environment, during a time of increasing demand,” the job ad states.

“Whilst experience working within the National Intelligence Community is not a pre-requisite, you will have a solid understanding of government processes and demonstrate success in working with ministers.

“Additionally you will have demonstrated adaptive leadership capabilities to develop a high-performing operational and technical workforce operating in a challenging and high-pressured environment.”

Applicants have just two weeks to get their application – and accompanying 1000-word response – in, with submissions set to close on January 30.

The position is responsible for “signals intelligence collection, analysis and production, ASD’s network-based access and effects operations including offensive cyber”