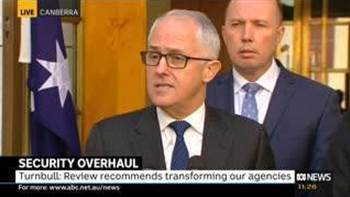 Centre will get 24/7 response capability.

Prime Minister Malcolm Turnbull will appoint his cyber security advisor Alastair MacGibbon as the head of the country's Cyber Security Centre following a recommendation from a review of Australia's security agencies.

MacGibbon was appointed as special advisor on cyber security within the Prime Minister's department last year as part of the national cyber security strategy released in early 2016.

He will now add the Australian Cyber Security Centre to his remit, a central body that houses 260 cyber security experts from across ASIO, Defence, the AFP, the Attorney-General's Department, and the Australian Crime Commission.

A capability within the ACSC will also be established to allow for 24/7 response to "serious cyber incidents", Turnbull said, referring to the recent WannaCry and Petya global malware attacks.

"This capability will better meet the needs of the community and the government in relation to rapidly emerging cyber events," he said.

The ACSC has until now been led by Clive Lines, deputy director at the Australian Signals Directorate.

The centre facilitates threat sharing between the public and the private sectors, and leads the government's operational response to cyber attacks. It opened in late 2014.

The centre is being moved out from its existing home in ASIO's Canberra headquarters down the road to the Brindabella Business Park.

The relocation was a response to complaints about access for the private sector to the high-security ASIO building, as well as rapid growth in the size of the centre that meant it has outgrown its existing facility.

Once it moves to its new digs, the ACSC will be able to accomodate an extra 700 personnel to its existing headcount. The move is scheduled to be complete by the end of the year.

The change to the leadership of the ACSC formed part of a wider announcement about a sweeping overhaul of the country's national security agencies today.

The government will establish a new 'Home Affairs' super-ministry in the vein of the United Kingdom's Home Office arrangement.

It will encompass ASIO, the AFP, Border Force, ACIC, AUSTRAC, and the Office of Transport Security, and will be led by current Immigration minister Peter Dutton.

ASIO, the AFP, and Border Force will all report directly into Dutton as Home Affairs minister. The remaining agencies will be governed by either the Justice minister or Attorney-General, both who will report into Dutton.

A central department within the Home Affairs portfolio will also be created to oversee policy, strategic planning, and the co-ordination of operational threat response, and the Australian Signals Directorate will become an independent statutory authority.

The changes are expected to be in place by mid-next year.

The review that prompted the restructure, conducted by Michael L'Estrange, will be released later today, Turnbull said.