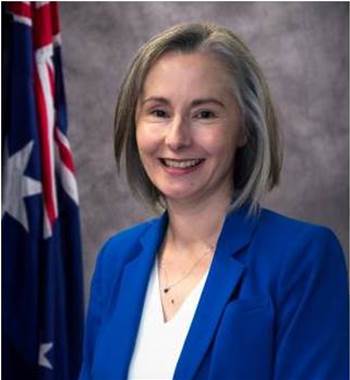 Prime Minister Scott Morrison and Minister for Defence Linda Reynolds announced the appointment on Friday after the government’s recommendation was accepted by Governor-General David Hurley.

Noble replaces Mike Burgess, who left the agency in September to become the new director-general at the Australian Security Intelligence Organisation (ASIO).

She is the first woman to be appointed to lead a core intelligence collection agency in Australia.

Noble, who has more than 20 years experience in the public service, has spent the past six months leading the ACSC, which is part of ASD.

In this short time, she oversaw the federal government’s response to the high-profile ransomware attack of regional Victorian hospitals and health services.

Prior to joining ACSC, she was executive group deputy secretary at the Department of Home Affairs and before that, the national director intelligence and chief information officer at the then Australian Customs and Border Protection Service.

Noble has also held a number of other senior executive level roles during her time in the public service, including as Australia’s first national security CIO within the Department of Prime Minister and Cabinet.

The Australian PM and Defence Minister said Noble’s “deep experience in intelligence” meant she was well-placed to lead ASD.

“She has vital technical expertise having previously worked in ASD and has a strong understanding of the role the organisation plays in the National Intelligence Community,” they said.

Morrison and Reynolds thanked Lieutenant General John Frewen, who has spent the past three months acting in the role.

Frewen will return to his role of principal deputy-director general when Noble starts in February 2020.