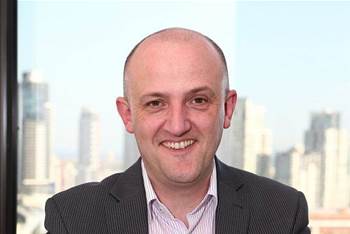 No replacement at ASD.

Prime Minister Scott Morrison and Home Affairs Minister Peter Dutton announced the appointment on Thursday after the government’s recommendation was accepted by the Governor-General.

Burgess will take up the coveted role on September 15, replacing outgoing director-general Duncan Lewis. No replacement chief at ASD has been announced

His move to ASIO comes just 18 months after re-joining ASD as its director-general in December 2017.

He spent just under three years at the telco before quitting in October 2016 to set out on his own as a strategic cyber advisor within his own consultancy.

In a joint statement on Thursday, the government said Burgess' background would bring a “wealth of knowledge and understanding” to Australia’s security landscape.

“We congratulate Mr Burgess on his appointment to this vital role at a time when Australia faces an unprecedented level of complex emerging threats at home and abroad,” Morrison and Dutton said.

“He brings a wealth of knowledge and understanding of Australia’s national information, intelligence and security landscape gained through many years of experience spanning public service and private industry.”

Morrison and Dutton also thanked Lewis for his distinguished career in national security and defence, the last five years of which had been at the helm of ASIO.

Lewis first joined the Australian Army in 1975 before moving into the public service in 2005 as first assistant secretary of the national security division within the Department of Prime Minister and Cabinet.

He has also held other positions, including Australia’s inaugural national security advisor, and secretary of the Department of Defence.