Scientific research is the rat's whiskers 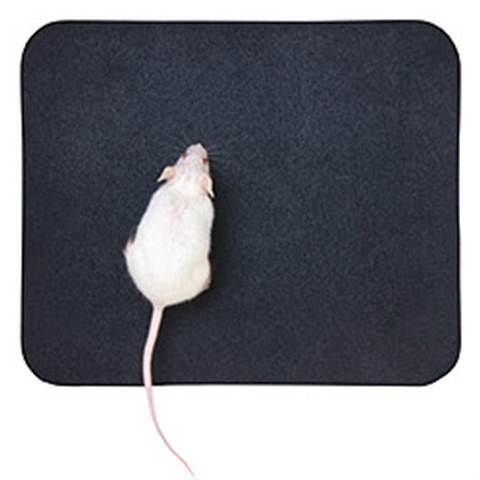 US researchers have been learning lessons from the humble rat in an attempt to develop artificial whiskers for engineering applications.

Two engineers at Northwestern University have studied the rodents' whisker system in a bid to better understand how mechanical information from the hairs is transmitted to the brain, allowing the animals to construct a 3D image of the world.

The pair have developed arrays of robotic whiskers that sense in two dimensions, mimicking the capabilities of mammalian whiskers. The arrays can sense information about object shape and fluid flow.

"We showed that the bending moment, or torque, at the whisker base can be used to generate 3D spatial representations of the environment," said Hartmann.

"We used this principle to make arrays of robotic whiskers that in many respects closely replicate rat whiskers."

Hartmann believes that the technology could be used to extract the 3D features of almost any solid object.

When rats' whiskers touch an object, they can be deflected backwards, upwards or downwards by contact with the object.

The researchers explained that the mechanical bending of the whisker activates thousands of sensory receptors located in the follicle at the whisker base. The receptors, in turn, send neural signals to the brain where a 3D image is generated.

Hartmann and Solomon showed that their robotic whiskers could extract infor mation about object shape by "whisking", or sweeping, the whiskers across a small sculpted head chosen specifically for its complex shape.

As the whiskers move across the object, strain gauges sense the bending of the whiskers and thus determine the location of different points on the head.

A technical paper about the arrays, which may find applications on assembly lines, in pipelines or on land-based autonomous rovers or underwater vehicles, was published in the 5 October issue of Nature.

Got a news tip for our journalists? Share it with us anonymously here.
Copyright ©v3.co.uk
Tags:
is oddware rats research scientific the whiskers