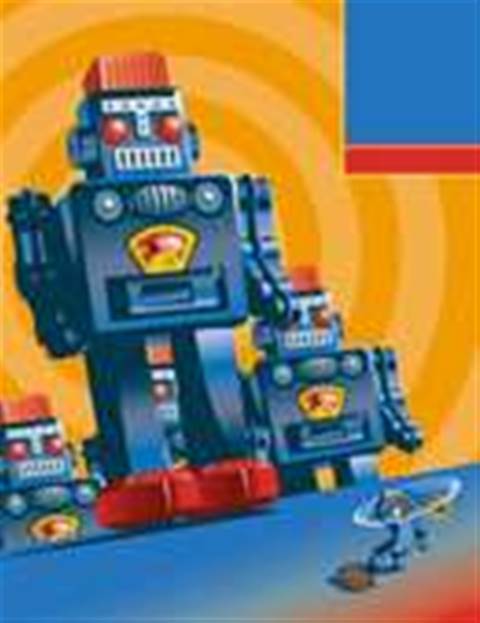 Dead or alive you're coming with me.

Samsung's Techwin division will shortly begin selling heavily armed robot sentries that can identify and shoot a target automatically from over two miles away.

The Intelligent Surveillance and Guard Robot was jointly developed with a South Korean university, and is designed to replace some of the troops guarding the border with North Korea.

"The gist of this project is to transform the current guard and observation mission on fronts conducted by soldiers into a robot system," Shin Hyun-don, a South Korean defence ministry spokesman, told The Korea Times.

"We will comprehensively review the requirements of operational capability before implementing it."

The system uses twin optical and infrared sensors to identify targets from 2.5 miles in daylight and around half that distance at night. It has a microphone and speakers so that passwords can be exchanged with human troops.

If the password is not accepted the robot can either sound an alarm or fire at the target using rubber bullets or a swivel-mounted K-3 machine gun.

South Korea's northern border is the most heavily militarised zone in the world, and the southern government has poured millions of dollars into automated military technology.

Got a news tip for our journalists? Share it with us anonymously here.
Copyright ©v3.co.uk
Tags:
develops guntoting oddware roboguard samsung