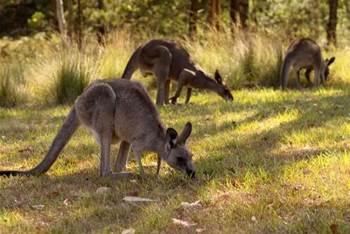 The technology was expected to improve traceability of meat to meet the demands of overseas markets such as Russia, which banned the importing of Australian kangaroo meat last year.

One trial was slated to begin in Ipswich next month and involved radio frequency identification (RFID) tags, like those used to identify casino gambling chips.

The RFID tags would store information such as the sex and species of each kangaroo, as well as where and when it was killed.

The trial was to be conducted over two months and was supported by $61,000 in state government funding.

It would be assessed by an economist from Department of Employment, Economic Development and Innovation (DEEDI).

A second trial would be conducted by Safe Food Production Queensland and involved barcode identifiers that were already used in the red meat industry.

The technology recorded times and dates at various stages in the supply chain.

Both trials were announced today by the Minister for Primary Industries, Fisheries and Rural and regional Queensland, Tim Mulherin.

"We want to develop one cost-effective tag that will suit the requirements of all agencies and restore access to overseas markets," he said.

"As well as improving traceability, the tags could potentially cut a lot of paperwork and improve harvesting practices."

Mulherin expected the technology to improve on a paper-based traceback system that harvesters used currently.

He said that the trials had the support of industry stakeholders, including harvesters, processors and regulators, because the technology could open market access and lower costs.