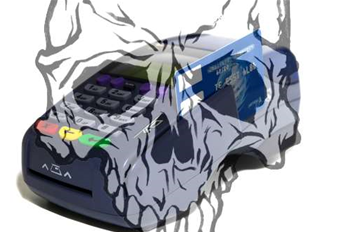 A data stealer designed to collect users' personally identifiable information from point of sale systems has been detected.

The Dexterdetected by by researchers at Seculert in early December in point of sale systems at hotels and other businesses.

"However, it is unlikely that the malware is downloaded from malicious sites, as the point of sale systems are typically not used for web browsing,” senior threat response engineer Jason Pantig said.

“Point of sale (like checkout counters) are typically where payment for goods and services occur. Given the wealth of data found on these payment hubs, it's expected that these are the next targets of cyber criminal activities.”

Its analysis said that BKDR_DEXTR.A, also known as Dexter, downloads files, sends information and checks memory for information among others.

Seculert said that the infected POS systems targeted by Dexter were located in 40 different countries worldwide, with 42 per cent in North America and 19 per cent located in the United Kingdom.

“The centre piece of the malware is its ability to collect and send certain information to a remote server. Some of the possible data that can be stolen from point of sale systems include such as username, hostname, key to decrypt the sent information, OS information and a list of running processes,” said Pantig.

“These data are then presumably duplicated by remote malicious users. The malware executable is found to be packed or encrypted and when loaded, it loads long garbage code to decrypt the actual code. However, this decryption routine involves only a combination of XOR and ADD instructions, with the use of a hardcoded key. The perpetrators behind 'Dexter' malware probably did this to make analysis difficult.”

In November, police swooped on a Romanian hacking ring accused of being responsible for Australia's largest credit card fraud. The group installed keylogger software on POS terminals to extract card data, but it was unknown if the malware was related.

Trend Micro said that unlike other spyware like Zeus and SpyEye, this malware does not directly infect users' systems to gather data like payment card details. “Instead, the crooks behind BKDR_DEXTR figured that they can generate the same result by infecting certain POS systems,” he said.

Got a news tip for our journalists? Share it with us anonymously here.
Copyright © SC Magazine, UK edition
Tags:
dexter65279malwareposseculertsecuritytrend micro