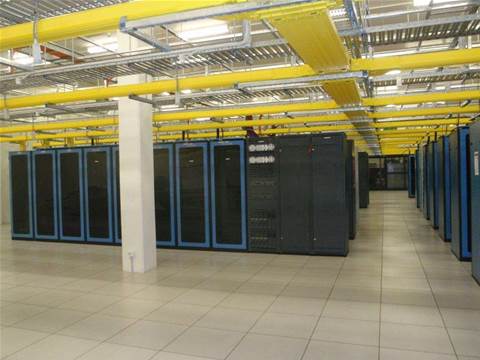 AAPT has started talks with Citipower for a substation upgrade that would allow it to potentially expand its data centre in the Melbourne suburb of Richmond.

The building, which was originally a bank cheque processing facility, was taken over by AAPT in 1990 and transformed into a data centre. It was one of 14 data centres owned by AAPT in Australia.

While the Richmond data centre had adequate headroom in its power allocation - it was operating at about 80 percent of the building's capacity - chief operating officer David Yuile said the telco was examining its power options for the long-term.

"We're getting close to the limit of the substation," Yuile said.

"That's something we've been talking to CitiPower about. [But] I don't think we'll ever bring the facility to danger levels [in terms of exhausting its power allocation]."

Yuile said that a substation upgrade would cost somewhere in the region of "seven figures as a starting number."

He said AAPT had recently completed a $1 million substation upgrade at its Glebe data centre. That upgrade saw workers excavate the site by hand to avoid damaging underground cables.

Upgrading the Richmond substation was the key to unlocking a long-term proposal to expand the data centre.

"There's a dearth of space and capable facilities in Melbourne," Yuile said.

"Whether we could expand this facility is an energy-led discussion. We would have to do a substation upgrade."

Read on to page two for AAPT's power management strategy for the existing colo space - and for a sneak peek at a brand new offering soon to enter beta.