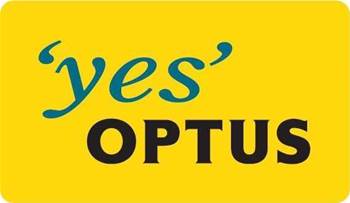 Calls for telco reform legislation to be passed as soon as possible.

Optus has revealed it will spend $25 million upgrading its hybrid fibre-coaxial cable network.

In a speech to the Committee for Economic Development Australia, the telco's chief Paul O'Sullivan provided the funding detail after announcing the upgrade was taking place almost two weeks ago.

He said the upgrade would mean that Brisbane, Melbourne and Sydney customers could access the internet at "speeds of up to 100 Mbps".

"Optus is taking the fight to the incumbent Telstra," he said.

O'Sullivan spent a considerable part of his speech calling for the telecommunications reform bill that is currently before Parliament to be passed when debate resumes in February next year.

The bill was due to be debated this week but that was derailed by the carbon pollution reduction scheme.

"In the last few weeks many pro-Telstra supporters have argued publicly that this delay is a good thing," O'Sullivan said.

"Some even argued that the legislation is unnecessary."

He told the Committee that the reform legislation was "the only way to break Telstra's stranglehold on the market and improve competition immediately."

O'Sullivan claimed the "debate and teeth-gnashing" over the potential impact the reforms would have on Telstra and its shareholders did not set a dangerous precedent for the government interfering with the ownership of other companies' assets.

And he believed Telstra's share price since the Government's separation announcement had "not demonstrated Armageddon for its shareholders.

"The majority of analysts retained their "Buy" recommendations on the Telstra stock and predicted share price accretion over the following 12 months as the reforms are implemented," O'Sullivan claimed.

"In the month that followed [the reform bill announcement] Telstra has been the subject of much speculation but has not seen any major re-rating of its share price."

O'Sullivan believed the reform legislation was important not only for leveling the playing field and transforming fixed line competition before the NBN rollout began but also to "make sure that Parliament sets the parameters for any deal done by Telstra with the Government on the NBN".

"Telstra must not be allowed to do a back room deal free from transparency and accountability and without Parliamentary oversight," he said.