Optus looks to 'true 5G' to unseat Telstra in the enterprise 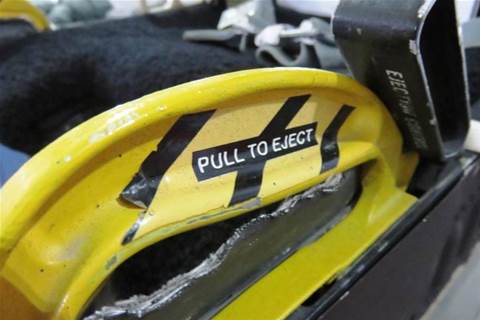 Assuming it can secure enough spectrum at auction.

Optus is hoping the arrival of “true 5G” technology - and speeds in excess of 20Gbps - will lead to a shake-out of the enterprise telecommunications market.

The telco is pinning its hopes on 5G services operating in so-called millimetre-wave bands to create an upheaval in the enterprise space, potentially dislodging Telstra from its dominant position.

“While much is unknown about the possible future service made possible through mmWave application, what we can say at this early stage is that mmWave spectrum is unlikely to be used to supply wide area mobile networks; its propagation characteristics simply make this uneconomic,” Optus said in a regulatory filing. [pdf]

“Rather, mmWave will be targeted to specific users and ultra-high bandwidth applications, most likely in the enterprise market.

“But the success of this new technology to disrupt existing markets will depend on the ability of operators other than Telstra to acquire sufficient 26 GHz spectrum.”

Optus - like other telcos - has a keen interest in forthcoming government auctions of 26 GHz spectrum, and particularly in what limits the government might place on purchases and ownership.

In past auctions for highly-prized spectrum, competition limits have been set to ensure several telcos can win allocations and launch competing services.

Optus is pushing for an “allocation limit of 800 MHz for all geographic areas”, which it said “will allow networks to deliver peak speeds greater than 20 Gbps, consistent with ITU 5G specifications; while ensuring the market would see at least three mmWave networks.”

Perhaps unsurprisingly, Telstra is separately pushing for a larger allocation of “at least 1 GHz” of 26 GHz spectrum to “enable early 5G services in Australia to reach their full potential.”

Telstra argues [pdf] it needs the extra bandwidth to “meet the demand for the very fastest and highest quality 5G services”.

Further, it appears to suggest that smaller allocations shared between all operators would produce a more limited set of “lower quality” offerings, none of which catered to the “full potential” of the technology.

Optus argues it is still too early to draw definitive conclusions on the potential uses for mmWave.

But, the challenger telco believes mmWave technology is capable of speeds that could prove extremely attractive to enterprise and government users - and allow many of them to look beyond their incumbent infrastructure (and/or service) provider.

“Access to mmWave spectrum and the delivery of enterprise services through wireless networks provides an opportunity to challenge Telstra’s continuing historic dominance [in the enterprise and government markets],” Optus said.