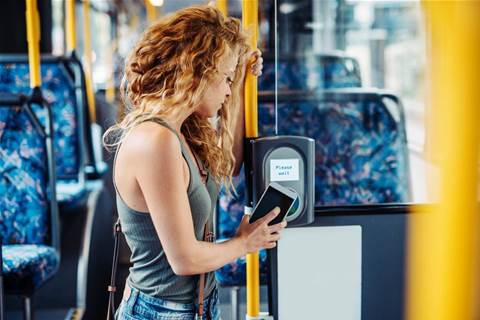 It might be the most popular way to pay transit now, but the future dominance of the humble everyday plastic Opal card has been dealt another blow as taps from payment cards linked to smartphones hit the fast track.

Transport for NSW (TfNSW) on Sunday revealed it has extended weekly and daily fare caps to payments made by credit and debit cards, with buses soon to be brought into the fold.

The move is part of a broader push across transit to step back from issuing electronic stored value products, essentially tickets, and let people use mainstream payment products.

The weekly travel savings are available from Monday for travellers using all 'scheme' cards on trains, ferries and light rail, whereas previously contactless payments were billed at the full adult fare.

Scheme cards are essentially Mastercard, Visa and American Express and include their respective debit products.

However it is still unclear when TfNSW will hook-up core domestic debit payments provider eftpos, despite the network announcing it was accelerating its 'Tap & Pay' push into transit across Australia in September 2018.

The lack of eftpos integration in NSW comes despite banks, including ANZ, Suncorp and CUA, extending Apple Pay to the homegrown network.

Meanwhile, buses will finally get scheme payment card acceptance via a staged-rollout over coming months, the last mode of public transport in NSW to be included.

The discounts and new rollout are an extension of the trial by TfNSW, the Commonwealth Bank of Australia (CBA), Mastercard and Cubic, which was first put in place on Sydney’s Manly ferry service to placate the large volume of tourists who take the ferry but didn’t already have Opal cards.

The trial was then extended to all NSW ferries and light rail services, with trains brought on board late last year.

Virtualised scheme cards in digital wallets like Apple Pay and Google Pay have also been integrated, however, eftpos is yet to be included.

Following this year’s state election and the opening of Sydney’s Metro North West project, Customer Service minister Victor Dominello said he’d like to see a virtualised version of an Opal card on a digital wallet, however, the project wasn’t deemed to be a priority.

Now it may slip even further down the to-do list if the majority of Opal users - using the adult card - no longer have the discount incentive to stay in the Opal ecosystem.

Data from TfNSW shows concession card users including students, pensioners and young children, whose concessions can’t yet be applied to a scheme card, are in the minority of travellers.

They typically made up less than 40 percent of total trips by bus between September 2018 and April. 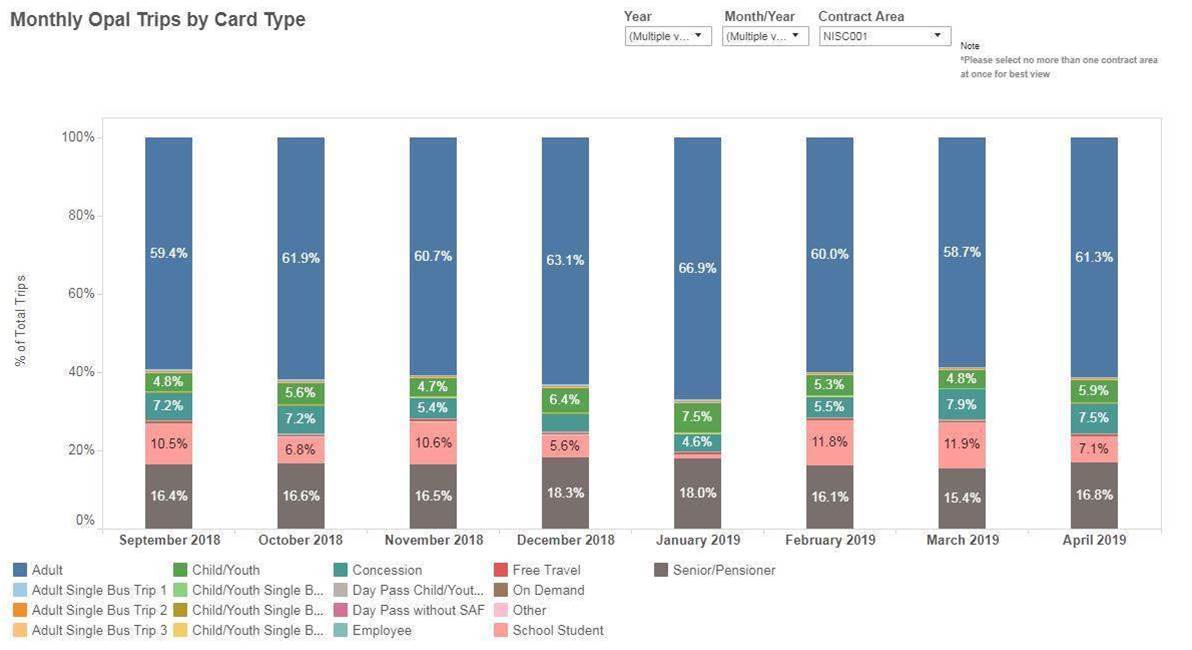 Basic adult fares also made up the bulk of train trips, accounting for three-quarters of patronage in the same time period.

“What was previously a transit gate is now essentially a payment terminal, demonstrating yet another example of how technology is enabling faster and more convenient experiences for the community and smarter, more connected cities.”

CBA added that the trial could also be expanded to other states, with Queensland also using Cubic for its Go Card.

Victoria’s Myki, however, is already available as a mobile app using NFC payments that has proven incredibly popular since its rollout earlier this year.