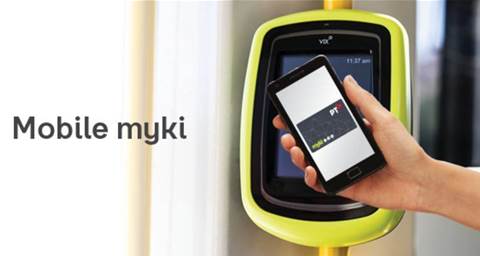 The virtual equivalent of the physical myki smartcard, dubbed mobile myki, was introduced in late March following a series of tests that began with an industry-based test group of users last year.

It allows commuters to top up a myki and tap on and off at all existing myki gates and readers across Melbourne and regional Victoria using NFC technology on Android smartphone and Google Pay.

Less than two weeks ago the government put the number of users “topping up and touching on using mobile myki” at more than 50,000.

But on Wednesday, the government said that figure had now climbed to almost 100,000, with around 1000 mobile myki’s activated per day since launch.

“We’ve seen an incredible response to mobile myki in just over two months and we’re getting on with the development and technical testing needed to make this technology available for people with other smartphones,” Minister for Public Transport Melissa Horne said.

Commuters aged between 25 and 34 represent the largest group of users at 30 percent, followed by users in the 35 to 44 age bracket.

The government said Melbourne’s train network accounted for the majority of user trips, with just under 58 percent of passengers, followed by trams, metropolitan buses, regional trains and regional buses.

The government is now looking to extend the scheme to iPhones, with $1 million in funding provided.

While Victoria is the first state to begin offering commuters a digital equivalent of its transit card, NSW’s new customer service minister Victor Dominello is keen to follow the same path.

However Transport for NSW currently has no plans to introduce a digital wallet option for the Opal card, despite Opal readers being capable of accepting contactless payments via credit and debit cards on trains, ferries and the light rail network.