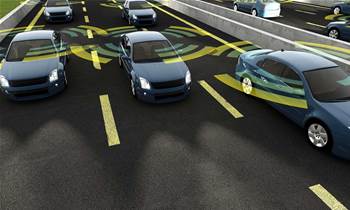 But caution patience for a national approach.

NSW parliament’s road safety committee has put its support behind “visually distinctive” driverless cars marked by signs or registration plates, but warns the state government should wait for the Commonwealth to make a move before putting any new regulations in place.

The Stay Safe committee has been investigating the implications of increasing vehicle autonomy on the state’s roads since April, and has since tempered some of its early zeal for the technology, which Liberal chairman Greg Aplin originally predicted would arrive in two years.

The MPs have wrestled with issues like liability, IT security, rural network coverage, the semi-autonomous transition period, and black-box style event recording technology.

But rather than make any concrete recommendations to government on how it should regulate these matters, it has advised the state to wait for a national approach to autonomous vehicle technology to avoid introducing laws that differ state by state.

“Australia is only a middle-sized player internationally, so it is important to ensure we can present a strong and united face if we are to influence technological developments where we need to in our national interests," the committee said in its report to parliament.

“State-based approaches will diminish this possibility."

It did, however, put together a nine-point set of recommendations for what it hopes to see in a national regime, including visual markings that would identify autonomous and semi-autonomous vehicles from the rest of traffic.

Several of the committee's expert witnesses pointed out that autonomous vehicles tend to behave differently to human drivers, and suggested it would be “prudent” to alert other drivers, pedestrians and cyclists to their presence.

In Singapore test vehicles are marked with decals, while in Japan they displayed special number plates during on-road trials. In trials of automated truck platoons in the Netherlands, test vehicles had flashing lights installed on their corners.

Experts also suggested driverless cars could be fitted with plates in the same way as with learner and provisional drivers.

The committee said a national approach should include a uniform national testing regime, agreed safety benchmarks, explicit determination of the liability in the case of a driverless car crash, and a comprehensive education campaign to teach members of the public about the unique behaviours of driverless cars.

The National Transport Commission is currently weighing up the issue as well, and is due to make a set of recommendations to the COAG Transport and Infrastructure Council in November.