NSW lockdown on drone use around prisons 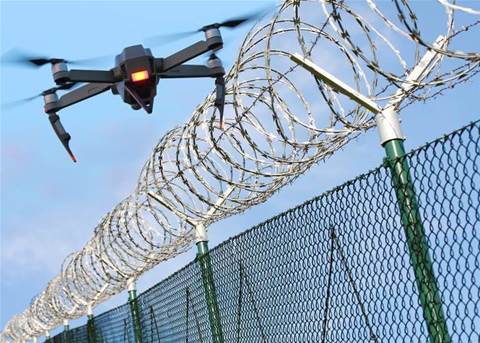 Over 60 incidents in the last 4 years.

The NSW government has announced a crackdown on the use of drones above or near prisons and juvenile detention centres.

On Monday night the government passed amendments to the Crimes (Administration Sentences) Act 1999 and the Children (Detention Centres Act) 1987 to enable the ban, citing a number of incidents both in the state and abroad.

The new offences, which include even possessing a drone near a prison, could see offenders banged up for up to two years if caught.

The ban comes as authorities increasingly adopt of anti-drone technology , including signal-blocking drone guns used by the Queensland police during the Gold Coast Commonwealth Games earlier this year.

Minister for Corrections David Elliott said in a release there have been more than 60 instances of drones being flown above or near NSW prisons to potentially transport drugs over the razor-wire walls or take aerial photographs of a jail’s layout.

In October last year, CCTV cameras at the Lithgow Correctional Centre captured images of a drone the government believes to have been involved in a steroid smuggling operation.

During the reading of the bill before parliament last night, Elliott also listed media reports from the UK claiming organised crime rings using the technology to smuggle phones, weapons and SIM cards into prisons in England and Wales.

The government has yet to clarify what constitutes being “near” a prison, however a spokesperson from Corrective Services NSW (CSNSW) did tell iTnews the ban only covers drones flying up to 400 feet above the ground around prisons.

Flying a drone above that height would fall under Commonwealth offences administered by the Civil Aviation Authority, the spokesperson said.

The spokesperson added that prisons' existing CCTV technology will be used to support the ban, but CSNSW is "scanning the market" for additional solutions to "enhance its current drone defence capability".

A number of ASX-listed companies like Droneshield are already developing anti-drone tech, but the spokesperson said some of the technologies currently on the market may not be compatible with existing laws in Australia.

Or the government could just leave the job to local eagles, with the Wall Street Journal reporting last year that wedgetails are responsible for destroying $80,000 worth of drones in Australia.