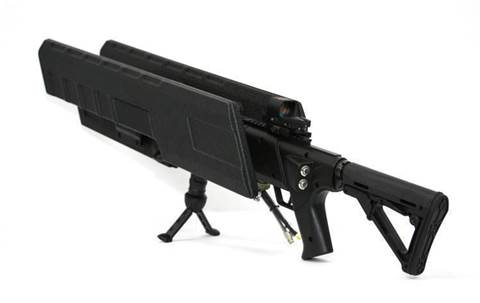 DroneGuns will be used to disable rogue drones.

The Queensland Police Service will deploy drone blockers at the Commonwealth Games to limit the public's use of the unmanned aerial devices at the event.

"Trends in nefarious uses" of drone technologies necessitated greater “aerial security at all high profile events, in addition to conventional security”, QPS said in a statement.

The force has partnered with ASX-listed DroneShield to provide officers with DroneGuns to disable errant drones with minimal damage.

The company has previously supplied anti-drone technology to events such as the 2017 Ironman World Championship and the last three Boston Marathons.

The rifle-like DroneGun jams signals between the controller and the drone, immediately disabling video transmission. The DroneGuns have a range of 2km and can be operated by a single officer.

DroneShield says drones “generally [respond] via vertical controlled landing, or returning back to the starting point" after the DroneGun has been deployed, thus assisting efforts to track the operator.