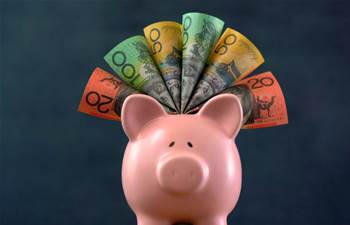 But minister says most funding 'hits' likely to be much smaller.

The NSW government will dole out funding from its digital restart fund in up to $20 million “hits”, as the state continues its move towards a contemporary IT funding model.

Customer Service Minister Victor Dominello this week revealed the first major details about the digital-centric investment fund since it was topped up with $1.6 billion last month.

The now-brimming fund includes $1 billion in new funding to accelerate digital projects that remove legacy infrastructure and build common, reusable platforms over the next three years.

The new funding builds on an initial two-year investment of $100 million when the fund was established in last year’s budget to help the state move to a contemporary IT funding model.

“The digital restart fund is a ground-breaking reform - there is nothing else like it in Australia, and as far as we know it’s unique in the world,” Dominello told an AIIA briefing on Tuesday.

“Instead, it makes it easier to deliver in smaller, agile increments, delivering value all along the way.”

Although the fund remains central to the state’s breakaway from outdated IT funding models,  the government has also pitched it as an economic stimulus in the wake of COVID-19.

Improving the government’s cyber security capability is also a major concern, with $240 million of the $1.6 billion earmarked to secure systems and boost the state’s cyber workforce.

Dominello said the fund would allow agencies to trade “months writing paperwork before you begin” for less paperwork, as long as results were quantifiable.

He said this would mean agencies “will need to come back often to seek the next tranche of funding, demonstrating proven software and happy customers”.

“It incentivises government agencies to get working products to customers in weeks and months - not years and years,” he said.

But in order to give agencies “certainty about funding”, Dominello said the government had introduced a “new two-track funding model” - one of two key steps to access the fund.

The model works in a similar way to traditional funding commitments by allowing agencies to “seek approval to reserve a multi-year envelope of funding to solve a specific problem”.

This will, however, require agencies to “demonstrate that the problem exists” and “have the ability to measure the impact in real-time”

“We are talking no more than $20 million here in one hit – and most likely to be much, much smaller,” he said.

“Approval will be based on your track record: if you have not delivered to customers in your earlier initiatives, then don’t expect to get any more.”

The second of the key steps is a requirement that agencies bake in a Delivery and Performance Architecture (DAPA) and demonstrate this standard to DaPCO.

The DAPA essentially formalises a process introduced last year where DaPCo would ask three questions of each funding proposal centred around data, digital and customer.

“Every project - and I mean every project - that seeks funding from the digital restart fund must demonstrate to DaPCo that their project has the DAPA baked in,” Dominello said.

“The DAPA proves you know who your customers are, if your project is improving the customer experience, whether your project is delivering on agreed outcomes and that you are taking a whole of government approach.”

Dominello also used his address to indicate the government would increasingly ensure its procurement approach is “built on partnership”, having already moved to cap IT consultant fees earlier this year.

“I have been pretty strident on this before - we will not have parasitic arrangements with suppliers where there is no capacity building in agencies,” he said.