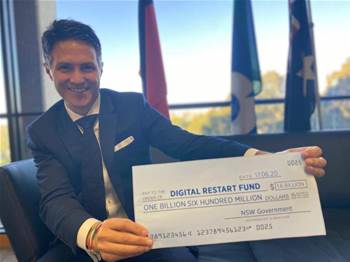 Including $240 million for cyber security.

The NSW government will pour $1.6 billion into its digital-centric investment fund to accelerate IT projects and bolster cyber security over the next three years.

The investment, which will be provided over three years, includes $1 billion in new funding and $600 million in savings redirected from agencies.

It will flow into the state’s ‘digital restart fund’, which was established with an initial investment of $100 million in last year’s budget, to accelerate government-wide digital projects.

The fund was introduced to help the government transition toward a contemporary IT funding model, which other jurisdictions, including the federal government, are now looking at copying.

Berejiklian said the new funding would allow the government to “turbocharge digital projects” and improve NSW’s standing as one as the leading digital governments in Australia.

“We are leading the country on digital transformation and this investment will cement our reputation as a world leader in technology and innovation,” she said.

“We are already using technology to make life easier for customers. Whether it’s the Digital Driver Licence, Energy Switch or Park’nPay, our digital products provide added choice and convenience.”

The funding will include $240 million – or $80 million a year – to improve the government’s cyber security capability, building on the last significant funding provided in 2018.

It will go towards securing existing systems, deploying new technologies and increasing the government’s cyber workforce.

Cyber security continues to be a thorn in the side for what is otherwise a leading digital state, with most agencies struggling to meet new requirements under the government’s cyber security policy.

The funding will allow more government services to be brought online via Service NSW, as well as improve the “digital experience across agencies, including in education and health”.

“We are leading the nation on bricks and mortar infrastructure and this historic investment will positon us to develop a world leading cyber security industry and be a jobs hub for this critical multi-billion-dollar sector,” Dominello said.

Perrottet said the “record investment in technology recognises that digital infrastructure is as important as transport infrastructure to the state’s economic growth".

“We must be fast followers in the digital revolution to accelerate agility, lift productivity and generate the jobs of tomorrow,” he said.

The NSW government's yearly IT spend, including personnel and services, currently sits at more than $3.8 billion, according to the latest available figures for the 2017-18 financial year.