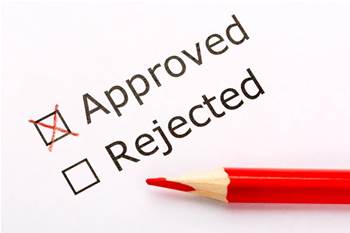 NSW Customer Service Minister Victor Dominello has set his sights firmly on reforming the digital delivery mindsets of government agencies through the best way he knows how: money.

Addressing a Trans-Tasman Business Circle briefing in Sydney on Monday, Dominello revealed new IT obligations for agencies to get policy proposals over the line during the budget process.

The obligations flow from the government's recently introduced delivery and performance committee or Dapco, which was first revealed by Dominello in May, shortly after the creation of the state’s mammoth new Customer Services cluster.

Sitting alongside Cabinet and the Expenditure Review Committee (ERC), the committee is tasked with assessing the digital or data components of every new policy proposal to ensure services are more seamless and uniform.

It follows the government’s pledge to mandate its digital design system, which was only revealed a little over six months ago to help keep the look and feel of government consistent and accelerate the development process.

While the committee was said to be an important step towards delivering on the new department’s purpose, just to what extent agencies and IT practices would be impacted was not known.

But speaking on Monday, Dominello gave the clearest picture yet of the “powerful” new committee, which requires agencies to jump through additional hoops to secure funding.

He said Dapco was tantamount to “another sun” within the political solar system squarely aimed at weighing up customer-focused projects.

More than simply a “tick and flick” committee, Dapco sign-off is needed before agencies move forward to Cabinet and the ERC, the government's two other major structures for determining budget priorities.

Dominello said the committee was comprised of five of the government’s most senior ministers, including Premier Gladys Berejiklian and Treasurer Dominic, and chaired by the man himself.

Dominello said the committee asked three questions of each proposal that centred around data architecture, digital design and whether the customer was adequately considered.

“What is your data architecture? Is it open data? Is it across the five safes or ten safes model? Is it something can be opened up straight away or is it something that should be locked down because it’s super private? Is it data in real-time? he said.

“What’s the digital design? Has it got a dashboard? Again, is it in real-time? Is it a dynamic dashboard, like you expect to see with the stock exchange or is it a piece of wallpaper?

However, unlike other committees, Dominello said Dapco would also maintain performance and delivery in a bid to sidestep any problems that might arise.

“Now, instead of looking at the initiative through the rear-view mirror because I’m getting reports that are six months old or 12 months old and we’re looking at problems and disasters, we’re starting to look at lead indications and the future,” he said.

“That is the big change inside of government – not even the feds have got this.”

In addition to signing off on policy proposals, the committee will also be tasked with allocating funding from the recently announced whole-of-government digital restart fund.

The $100 million investment fund, which was revealed in this year’s state budget, is intended to support IT projects that promote common platforms over the next two years.

This includes agile projects that have the potential for reused rather than big bang, waterfall-style projects

The idea here is to remove duplication and increase efficiency, while allowing NSW to realise the government's vision for “next level” digital transformation.

Describing the fund as “essentially ... an audit over the IT spend”, Dominello said Dapco would oversee the handout of funding to ensure the fund's intentions were being met.

“If you want to spend [the funding], you’re going to have to Dapco to get the sign-off,” he said, noting that this would help change mindsets in agencies.

“How am I going to change or help change the culture settings across the various agencies? It’s through control spends, basically.

“You want your money, you want your sign-off, you’re going to have to come through my door.”