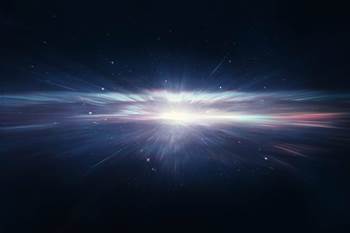 NSW Customer Service Minister Victor Dominello hopes recent changes to how the state government dishes out funding to agencies will stem the flow of “big bang” IT projects.

Speaking at a CEDA event in Sydney today, Dominello spruiked the government’s newly introduced delivery and performance committee as a central mechanism for continuing service delivery reform in the state.

The committee, known as DaPCo, was established in the wake of the March election to assess all new policy proposals from agencies to ensure services are more seamless and uniform.

It includes specific consideration of the data architecture and digital design in each proposal before allowing agencies to proceeding to Cabinet and the Expenditure Review Committee (ERC) for funding.

“This reform – is cultural and it is whole-of-government – it is the hard stuff, the messy and complex innards of government that nobody likes to talk about,” Dominello said.

“It’s not shiny but it’s one of the biggest enablers for digital transformation and service delivery – which is why we’re committed to getting it right.”

He said the committee would “ask the hard questions on delivery” to ensure the government continued to meet growing citizen expectations.

“Too often in the past, government has delivered technology projects that are viewed through the lens of government requirements, not the needs of the customer,” Dominello said.

“They try and define the whole solution upfront, at the time when we know the least about the problem.

“They take four or five years to deliver, and generally end in risky ‘big bang’ releases that often go awry.

“And when the service finally gets into the hands of the customer, it’s too difficult to use because it was never tested with actual customers along the way.

“What happens next? Well, along comes another five-year IT project to fix it. Rinse and repeat.”

Dominello said the changes would allow the government to better mimic leading digital platform like Netflix, which test and tweak services in short delivery cycles based on customer feedback.

In terms of the government own digital platform offered through Service NSW, he said 'tell us once' functionality would be improved and services would be better aligned around life events.

Service NSW, which is already widely regarded as a government service delivery leader in Australia, now offers more than 1000 services under a digital-first, one-stop shop model.

It is a model that will now be replicated at the federal level at the newly rebadged Department of Human Service, known as Services Australia.

“We’re building on Service NSW to deliver the vision of Tell Us Once, so you won’t need to tell government the same information about yourself over and over and over again,” he said.

“With our counterparts in the federal government, we’re making big advances in designing services around complex life events – we’ve already launched a prototype to help people through the end–to–end journey at pivotal moments in life, like what to do when somebody dies, so you don’t have to go to 10 different government departments.”