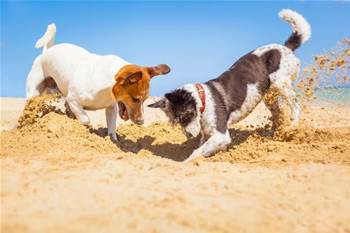 Australia’s New Payments Platform and its core technology partner SWIFT have stood up a sandbox for developers to test APIs, as the bank-backed infrastructure player moves closer to replacing the nation’s decades-old spaghetti network of legacy transactional links.

The launch of the sandbox, which the two organisations said is cloud based, is a pivotal step in the advance of the NPP’s budding ecosystem of developers and solutions providers because it gives the green light for participants to test their products in anger ahead of wider release.

Local payments colossus BPAY is already on board, last month recasting itself as software developer – both branded and white label – as opposed to a low cost payments processor.

The activation of NPP test bed is also seen as a crucial industry leveller because, if successful, it gives third party fintechs and payments software developers access to a platform that will soon span across all banks and deposit taking institutions plus authorised special purpose payments providers.

In particular, it will give developers who would not otherwise bother trying to stand-up or seek investment for new API’s and products the ability to gain access to crucial standardised testing infrastructure as opposed from hopping from bank to bank.

A major hurdle for Australia’s budding financial, regulatory and payments software industry to date has been often prohibitively high costs associated with the archaic system of bilateral links between institutions.

Based on the decades-old technology that includes the constrained BSB (bank-state-branch) messaging, the persistence of bilateral links has arguably hobbled innovation and ultimately prompted regulatory intervention by the Reserve Bank of Australia.

A major concern of the RBA in recent years has been that without investment in innovation, Australia’s domestic payments ecosystem risked obsolescence, a scenario that would leave business and consumers at the mercy of international payment and credit card schemes.

The central bank has strongly pressed the need for the NPP to work and for people to get on board.

At the same time regulators and businesses became increasingly fed up with the two day transaction clearing cycle – based on paper cheque clearing times – that has allowed banks to hold onto cash through a lucrative delaying tactic dubbed ‘sitting on the float’; a windfall NPP’s real time payments will eliminate.

On Wednesday NPP said developers were now off to the races in terms of testing their kit before getting new product into the hands of consumers and businesses.

“By mimicking these APIs in the NPP API sandbox, external parties will be able to build and test NPP-based solutions in an independent environment that will help to foster innovation and competition for NPP-based payment services.

“APIs and a testing facility are the two major areas that Australian fintechs have been asking for support in relation to the NPP,” a joint statement from NPP and SWIFT said.

NPP chief executive Adrian Lovney stressed that the NPP isn’t just a big bank love-in, a point the organisation is conspicuously pressing after copping flak from the Productivity Commission.

“What makes the NPP stand apart from other real-time payments platforms around the world is that it has been designed to be inclusive and ‘open access’ – so it’s important that companies and innovators are given the chance to understand how they can use its world leading capabilities,” Lovney said.

SWIFT’s Oceania chief Bill Doran was similarly effusive, saying the API sandbox allowed “fintechs and corporates to develop their NPP solutions in an independent and secure, zero-footprint environment – before taking their prototypes and customer propositions to the broader market.”

The launch of the sandpit comes as a global audience of financial services leaders prepares to descend on SWIFT’s epic annual SIBOS conference, which is being held in Sydney this year.

While SWIFT is now known as the global platform for electronic and online cross bank transactions, the organisation started out as a cooperative utility formed to standardise secure electronic messaging between institutions 40 years ago, then known as the Society for Worldwide Interbank Financial Telecommunication.

The creation of the NPP in Australia and SWIFT’s role in it, is being closely watched by international banks, both commercial and sovereign.

It is seen as a way for institutions and regulators to navigate through technological challenges without the global payments system becoming detrimentally Balkanised.

A major concern for many national banks is the ability to foster local technological innovation and development capacity within their financial systems without becoming beholden to proprietary or foreign standards beyond their control or input.

The launch the NPP sandpit also comes just weeks after the release of its API Framework in late September which it said opened the door its “infrastructure in a way that promotes standardisation, inter-operability and a consistent experience.”

“Jointly developed by NPP Australia and SWIFT, the API Framework defines the key technical approach and is aligned to ISO 20022 standards,” NPP said in its statement.

The first three sample API NPP says participants will be able to make available are: