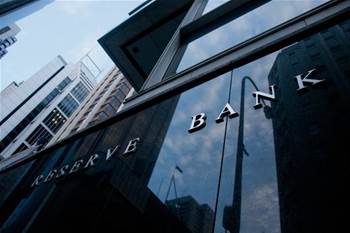 “Pull your socks up”.

Patience over the sluggish adoption of the New Payments Platform is wearing visibly thin at the Reserve Bank of Australia, with the regulator publicly getting stuck into slow institutions at a parliamentary committee.

Fronting the Standing Committee on Economics in Canberra on Friday, RBA Assistant Governor, Financial System, Michele Bullock frankly sheeted NPP adoption delays to a lack of preparation at some institutions holding the wider network back.

“They had many, many years to get on top of this and so to discover, as we were going live, that they weren't ready, was a bit disappointing really,” Bullock told the committee.

A fair degree of the central bank’s frustration stems from the so-called ‘network effect’ the NPP is intended to create by requiring adoption across institutions in order to make banks innovate rather than sweating their existing infrastructure.

That requirement doesn’t mean all banks are necessarily in a hurry, especially some larger institutions which need to upgrade their platforms to real-time payments and richer messaging formats without necessarily realising an immediate return on investment.

It's not just the RBA having a crack at banks over payments either. In early August the Productivity Commission recommended that banks be stripped of self-regulatory powers in the payments space and urged that interchange fees be abolished.

Bullock told the committee the works required for the NPP weren’t always plain sailing, noting that some of the slowness for banks stemmed from upgrades that “turned out to be more complicated than they thought, and they had problems with service providers".

An initial resistance point for some banks has to date been that some institutions are better placed than others to take advantage of real time payments, specifically the CBA after it completed its massive SAP based core system replacement that was built for real time from the outset.

Put simply, rival banks had little interest in handing a competitor an advantage, a systemic issue that also triggered the collapse of project MaMBO that had tried to use BPAY as a real time springboard.

Bullock can see a light at the end of the real time tunnel, especially as the larger laggards finally lumber onboard the NPP.

“A couple of the majors who have not been on board to date are coming online, and we're starting to see volumes rise,” Bullock said.

“It's critical that we have everyone on board and, in the next month or so, we will have all the majors on board and I think that will be a big stimulus.”

The RBA’s head of system again stressed that the NPP needed to be an all-in exercise to actually work. Interoperability between was key to this.

“I'm not really going to be interested in joining it if I can't pay someone who banks with someone else,” Bullock said.