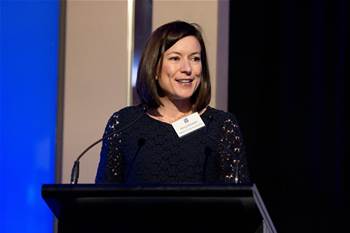 News Corporation Australia's mega deployment of WordPress to underpin its content creation has earned IT boss Alisa Bowen the title of Utilities/Media CIO of the year at the 2017 iTnews Benchmark Awards.

Bowen's team took a platform traditionally popular with bloggers and small-scale publishers and tackled the not-inconsiderable challenge of scaling it to support hundreds of editors and journalists worldwide, in one of the globe's largest ever deployments of the platform.

Not only has the new platform enabled News Corp staff to deliver content to audiences much faster and with greater site responsiveness, the new CMS lets the publisher's IT staff add new features at a much greater pace - all valuable commodities in the news business.

Bowen's team managed to overcome initial hurdles to deliver the project on budget, and News Corp is now reaping the dividends of its newfound flexibility, as well as the cash it has saved from ditching software licensing and on-premise hardware.

"Thank you to the team behind this .. it is a cliche but without them this project woul never have happened. Thank you to the army of people at News Corp that made this happen, and the belief that we could do it," Bowen said in accepting her award.

"It's also particularly proud for me to be in a category with another woman. [That's] something to celebrate as well."

Bowen was named a finalist in the Utilities/Media category alongside worthy rivals including Tabcorp's Kim Wenn, who was recognised for her leadership of the Sun Bets project, and Energy Australia's Gurinder Sidhu for his information systems overhaul.