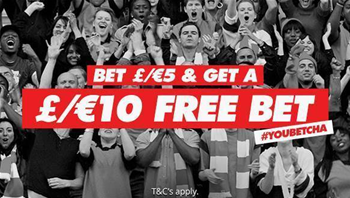 The biggest global venture in Tabcorp's 22-year history was never going to be easy.

In late 2015, the gambling giant announced a partnership with publisher News UK to launch a new online wagering and gaming business in the UK and Ireland.

Tabcorp's role in the deal was to provide the wagering systems, services, and customer interface, and manage the combined online wagering, bingo, and gaming business.

Its IT team was faced with creating a wagering platform that could service a market three times the size of Australia, while managing the demands of two large companies with their own culture and ways of working.

(Tabcorp brought its digital operations back in house in 2011 after deciding it wasn't getting the agility and responsiveness it needed from its outsourced technology partner.)

A technology team of 188 was pulled together under the leadership of CIO Kim Wenn, and the decision made to develop bespoke software that could take Tabcorp's existing capability to the UK market.

The $20 million Sun Bets project utilitises Tabcorp's existing fixed odds and customer wallet technology, alongside its digital offerings, as well as integrated Playtech Casino software for bingo and gaming content, and UK-centric services like a UK payment gateway solution to localise the platform.

"This is very much about building something that is scalable, transferable and on our own software," Wenn said.

"So while establishing a profitable business in the UK is important, it’s also about building more capability. Sun Bets is about extending the organisation beyond its traditional boundaries and pushing our digital team in terms of how we build products and think about betting."

The project required 36 different systems to be linked up and configured specifically for UK regulations, and ported from hardware to a cloud environment hosted in the UK.

Payroll was outsourced, new marketing tools were built, and Tabcorp's existing HR and business intelligence systems were expanded to the UK. Systems had to be built to facilitate live betting, which is popular in the UK, but something Tabcorp has not offered locally due to Australian restrictions.

"This led to us effectively building a new business platform that underpinned the Sun Bets website, including providing every technology solution to manage the business by expanding current capabilities or acquiring new ones," Wenn said.

The company also uplifted its Australian operations onto the new platform, meaning innovations made in either market can be introduced easily to the other.

"For example, if a new betting feature is added to tab.com.au, it can now be used by Sun Bets," Wenn said.

"[The] technology capability set can be redeployed, enhancing opportunities for similar partnerships in other locations with other partners."

However, the mid-2016 launch date of the platform was pushed back by two months after reported delays in waiting for approval from Apple for the Sun Bets app.

It instead launched in August last year to coincide with the start of the 2016 English Premier League football season.

"We [now] have one platform that’s powering both brands and have invested in cutting edge technology and cloud solutions that allow us to operate the brands independently, with each brand benefiting from the same investment," Wenn said.

"This means we have the freedom to play with a product in the market while still being able to develop capability that’s shared across both brands."

The effort has also had the added benefit of forcing Tabcorp traders to automate risk management and data feeds, Wenn said.

The platform gives the gaming giant a leg up into a $7 billion market, and the company is expecting a variable contribution margin of 20 percent from sales revenue.

While it's too early to tell whether the effort will be profitable - it's Tabcorp's first foray into online casino-style games and live betting - the company is expecting Sun Bets to make money within the next five years.

This project has been named a finalist in the utilities category of the iTnews Benchmark Awards 2017. View the full list of finalists here.