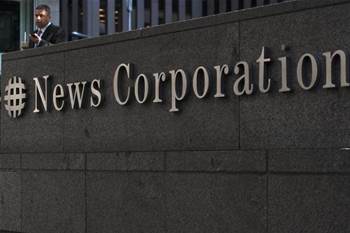 Inside one of the world's biggest deployments.

In 2014 News Corp Australia found itself at an impasse: news consumers had long moved into the mobile world, but the company's legacy content management system didn't support publishing on mobile platforms, or continuous deployment.

Any changes created a lot of risk, and the IT team was restricted to a monthly release cycle - "entirely out of keeping with the needs of an innovative publisher", according to CTO Alisa Bowen.

That year it decided the time had come to introduce a new, fit-for-purpose platform that could be adaptable and scalable in supporting News Corp Australia's more than 30 websites and thousands of articles published daily.

A technical proof-of-concept led to the decision to rip out the old CMS and replace it with popular open source content management platform WordPress VIP.

The main reason for this choice was that most of News Corp's local editors and journalists were already familiar with the platform, which is popular with both hobby blogs and mid-sized publishers. WordPress itself claims its platform is used by 27 percent of the web.

The problem then was finding a way to make platform scale to meet the needs of one of the world's biggest publishers.

One challenge the team encountered was the migration of the existing markup of each web property to the new platform, according to project partner XWP.

"While intended as a time-saving measure the current markup brought with it a wide range of complexities that had to be accounted for on the new platform," it wrote.

The teams turned to PHP-based templating engine Twig to "reconcile and consolidate the disparate parts of the existing HTML markup" into a new structure that worked with existing CSS and JavaScript, while at the same time allowing for future innovations.

Scale also proved to be a headache: WordPress' default storing of widget configurations in a single array within the options table meant, as the number of widget instances grew into the thousands, the platform hit memory limits, causing big performance problems.

This necessitated a re-architecture of WordPress' widget storage out of an array and into a custom post type.

The first site on the new WordPress platform, perthnow.com.au, went live several months later than planned in October 2015 due to the above complications.

"It was a night filled with anxiety, way too much pizza, and then a sigh of relief and satisfaction when everything switched over and it just worked," software development leader Dion Beetson told the WorldCamp Europe conference mid last year.

The publisher has since completed the migration of the remainder of its web properties after overcoming the initial hurdles. The WordPress environment is run as a managed service by Automattic, in line with News Corp's high-profile cloud-first approach.

Where it previously took hours to build a new page in the previous CMS, the team can now stand up a complex page within minutes.

Daily publishing tasks now take three minutes on average, compared to the previous ten, and 90 percent of all pages render in four seconds rather than the 27 seconds it took in the old CMS.

This project has been named a finalist in the utilities category of the iTnews Benchmark Awards 2017. View the full list of finalists here.