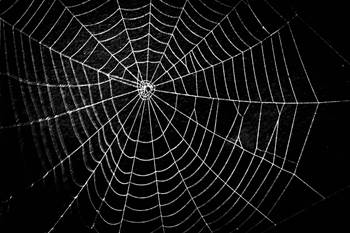 Inside its data overhaul.

Energy Australia has taken the axe to its “spiderweb” of disparate information systems and transformed its environment with a single Oracle stack to improve data quality and cut costs associated with maintaining unfit technology.

Several acquisitions over the past few years, coupled with systems that had sprouted up internally, left Energy Australia grappling with a 14-strong information systems environment that was costing it too much to manage without actually meeting its business needs.

“The information systems that we had were not sufficient," Energy Australia information and analytics leader Gurinder S Sidhu told Oracle OpenWorld last week.

"We had too many of them ... and we were spending a large amount of money on maintaining them because they were sitting on different technologies, had different vendors supporting them, different development teams - there was no single source of truth.”

He likened the previous architecture to “almost like a spiderweb”.

The business was “constantly” complaining about the quality of the data, while latency between Energy Australia’s operational and analytics systems meant the data was barely usable - “at one point you couldn’t even count accurately how many customers we had on a daily basis”.

“So we had to do something to sort this mess out.”

In January this year, Sidhu and team began consulting with the business to work out how its existing landscape differed from best practice.

They identified a need to change Energy Australia’s information governance: to treat it as an asset through its lifecycle; to implement a new information analytics capability that was fit for purpose; and to provide the business with analytics and predictive modelling.

The team started by setting up an information governance function that centralised the capability, as well as a centre of excellence to bring IT and the business together on the journey.

Next - in partnership with Deloitte - they evaluated various architectures other organisations were implementing across the world, narrowing down to six options and eventually settling on an augmented architecture that involved a high-performance traditional data warehouse and a big data Hadoop distribution.

One serves as a traditional data operational environment, while the other operates as an “innovation hub” that lets Energy Australia’s data scientists explore the information to identify certain models and use cases, ways to drive more revenue, and methods to cut costs.

“[This] will give us [platforms for] the operational, innovative and analytic projects that we had in mind,” Sidhu said.

Bidding vendors were asked to meet 700 individual capabilities as part of the tender process; everything from previous experience in similar projects, roadmaps, and R&D, to hardware and software support models, assurance, and risk management.

Both reside on-premise in Energy Australia’s data centres. The company did not consider a hosted solution as an option given its regulatory requirements to keep customer data onshore, and the lack of a local Oracle cloud offering, Sidhu said.

One of the benefits of the new environment - now live - is the potential to predict customer usage based on historic consumption and forecasts, which could help eliminate bill shock and therefore reduce customer churn; Energy Australia brings on one million new customers each year but loses 700,000, Sidhu said

The immediate focus now is on consolidating and decommissioning the 40 old, predominantly Microsoft-based, systems. Energy Australia has an “aggressive” target of having them all switched off by October next year.