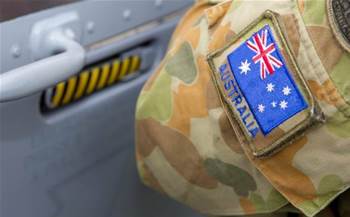 As Telstra handed another $314m.

The Department of Defence’s long-suffering fixed telecommunications network replacement project with Telstra has fallen further behind schedule after another key milestone was missed.

It is the latest in a string of delays to the Defence terrestrial communications network (DTCN), which Telstra was first assigned to build back in October 2012.

When complete, the DTCN will link all of Defence’s permanent sites and oversees troop deployments to the same network and integrate its satellite and tactical networks.

FOC, which was originally expected in mid-2016, was first pushed back due to delays with the project’s first critical milestones, including the initial operating capability (IOC), four years ago.

The progress led Defence to set its revised FOC milestone for the high-speed, IP-based network for “late 2019”.

This was expected to follow the delivery of the unified communications capability and network transformation and associated capabilities.

But while more than 96 percent of Defence sites are now covered by the Defence terrestrial communications network (DTCN), unified communication capability is yet to be delivered.

“The unified communications capability is in the delivery phase and this will continue throughout 2020,” a spokesperson told iTnews.

The spokesperson declined to comment on progress with the delivery of the network transformation and associated capabilities.

The latest setback comes just months after the department quietly extended its main contract with Telstra for another two years at a cost of $313.7 million.

The amendment, which was only recently published, brings the total value of the contract to $1.6 billion over nine years.

Defence said the extension, which was “in accordance with existing extension options”, would enable Telstra to support the network until October 2021.

“[The contract] will provide continuity of critical terrestrial communications services for Defence’s warfighting and corporate needs,” the spokesperson said.

“The scope of the services will remain unchanged.”

When taking into account other contracts with Telstra relating to the project, the latest extension means Defence is fast closing in on the $2 billion mark for the project.

iTnews analysis of AusTender contracts shows that Defence has also entered into a further 368 ‘terrestrial communications services’ contracts with Telstra at the cost of $253.1 million.