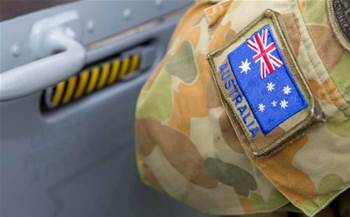 But full capacity not expected until late 2019.

After years of delay and more than $1.3 billion, the Department of Defence is finally approaching the end of its tumultuous fixed telecommunications network replacement project with Telstra.

When the network is complete across all Defence sites it will have been almost ten years since the upgrade was first urged to rationalise and replace existing fixed telco infrastructure.

But it hasn’t been smooth sailing for Telstra, who was assigned the $1.1 billion job to build the Defence terrestrial communications network (DTCN) back in October 2012.

The project, which when complete will link all of Defence’s permanent sites and oversee troop deployments to the same network and integrate its satellite and tactical networks for the first time, has faced serious challenges along the way.

iTnews revealed back in April 2016 that the project was almost two years behind schedule, with neither of its first critical milestones, including the IOC, complete just months out from the projects then planned finish line of mid-2016.

The delays happened alongside a series of job cuts within the Telstra unit supporting the deal after the telco was faced with ballooning costs.

However it would take two more years for the DTCN to achieve the IOC, with Telstra reaching the milestone – which had originally been planned for 2013 – in April this year.

A Defence spokesperson told iTnews this began with three Defence sites: RAAF Base Edinburgh, Kokoda Barracks and Victoria Barracks, which are now being manage by Telstra.

Since the IOC’s competition in April, the network has come online at a further 273 of the 368 Defence sites within the projects scope.

Telstra are now planning to kick on with deploying the network to the remaining 92 sites ahead of the project wrapping up by the end of next year.

“Modernisation of the deployed environment is progressing and Unified Communications capability is in the planning stages,” the spokesperson said.

“Final operating capability (FOC) is expected to be achieved in late 2019 when the unified communications capability will be delivered.

“The network transformation and associated capabilities are also expected to be delivered by mid-2019, in advance of FOC.”

While Defence would not be drawn on the total cost of the network to date because of commercial sensitivities, public figures put the Telstra deal well over its original $1.1 million budget.

According to iTnews analysis of AusTender contracts, at least an additional $276.8 million has been spent on the terrestrial communication services with Telstra since the network build began.

This includes contracts for 'terrestrial communications' worth more than $42 million this year.

However, whether the department has absorbed the cost or resorted to asking the government for extra funding remains unknown.

The large budget has also seen the project score a place on the Digital Transformation Agency’s high-risk IT project watchlist.