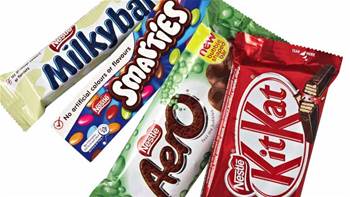 “Chain of Origin is Nestlé’s answer to complete supply chain transparency, from crop to cup and with technology at its heart,” IDC said.

“In collaboration with Amazon’s managed blockchain, they have set up a Hyperledger Fabric network and invited partners to collaborate with their supply chain transparency efforts.

“This will allow customers and supply chain partners to track their products on the blockchain from the farm all the way through to consumption.”

Chain of Origin was registered as a separate business under Nestlé Australia on July 2 this year.

Armin Nehzat, a Sydney-based digital technology manager for Nestlé, told Tech Wire Asia yesterday that a proof-of-concept for Chain of Origin had been spun up with little resourcing or investment.

While that had allowed the company to build a business case - using a nascent AWS service - actually moving ahead with the project was challenging.

“It has been testing how quickly we can move as an organization to completely review how we do business, from sourcing products at the micro lot level, all the way through to tracking products individually to the end consumers,” Nehzat said.

Nestlé Australia made clear earlier this year that it had active plans for blockchain technology in the Oceania region as part of a broader digital transformation effort.

One of the first examples to emerge was a pilot to “trace milk from farms and producers in New Zealand to Nestlé factories and warehouses in the Middle East”, using a blockchain-based project called OpenSC.

Chain of Origin is the second blockchain-based effort to emerge.

IDC said the project aimed to meet “growing customer demand for provenance visibility”, helping them “understand more about where the products they are consuming come from.”

Provenance has certainly been recognised as a trend among other participants in the fast-moving consumer goods (FMCG) space.

Woolworths is using internet of things technology to track the provenance of items traversing its supply chain, with plans to make some data available to shoppers.