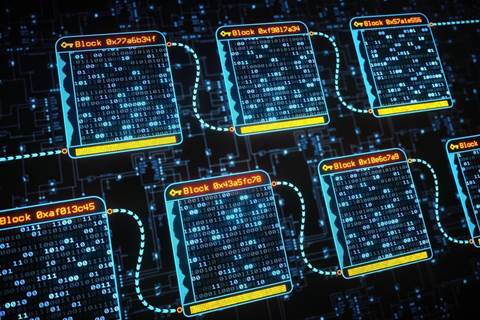 Aussie supermarket chain latest to sign on to use technology.

IBM A/NZ is assembling a team of 50 blockchain consultants and architects in Australia this year to work under its global services brand as the vendor finds more production use cases for the technology.

Head of blockchain for A/NZ, Rupert Colchester, told iTnews that the global services team is in addition to other local blockchain resources, such as a development team at Ballarat and IBM researchers based in Melbourne.

“I'm hoping by the end of the year, we should have a team of around 50 consultants and architects alone just locally here in Australia,” Colchester said.

“We're growing fast in line with requirements from clients. So our capability, I believe, is increasingly strong now.”

Blockchain - together with quantum and a reinvigorated Watson artificial intelligence capability - are technology areas in which IBM as a whole is driving investment into.

To date, IBM Australia has only sporadically revealed the nature of some of its investments locally in blockchain.

This includes the Australian National Blockchain (ANB), a collaboration with Data61 and Herbert Smith Freehills to create smart contracts.

ANB can be used to help companies keep track of which version of a contract is the most current.

A longer-term view is that the contracts could keep track of real-time sensor data to check when a service provider strayed in or outside contracted terms.

“We're just about to kick off our MVP [minimum viable product] build there, we've been collecting requirements, engaging with clients across all sorts of industries, making sure that we have a good foundation in terms of our design and what it's going to ultimately do,” he said.

“So we're about to begin the next wave of activity on the ANB and we're working in partnership with the same companies that were engaged originally.”

Blockchain also comes under a five-year, $1 billion mega-deal that IBM Australia signed with the federal government in July last year.

Colchester would not be drawn on how many of the dozen or so blockchain trials currently running in federal government that IBM Australia had some involvement in.

In general terms, Colchester indicated he was a “personally ... a huge believer in the potential of blockchain to help transform government - not least due to the engagement of government with industry, but also the engagement between government departments and how it will facilitate that.”

“Governments have very important regulations, rules and policies about data sharing between government departments and organisations and how to manage and govern that today is very challenging,” he said.

“With blockchain, that will be a much more elegant solution to some of today's problems.”

He believed that this week’s commitment by the government to develop a national blockchain strategy would be a positive.

“I don't think a strategy can ever do any harm,” he said.

“Every government in the world is different in terms of risk appetite and in terms of the level of innovation and ambition of what they're trying to do with technology.

“Here in Australia - and the same can be said for New Zealand of course - that even varies from federal to state-by-state scenarios.

“A government strategy is really important when it comes to setting up some guardrails and a framework for what you're trying to achieve over the medium term with industry and indeed to what extent might you intend to use this technology to transform some of your existing operations and the way you engage with citizens and with companies that regularly engage with the government themselves.”

Colchester said his “instinct” was that blockchain was more likely to take root at the state level before progressing up to federal.

“What I'm excited about in Australia is whether [use cases emerge] at a state level or federal level,” he said.

“My instinct is a lot of things will start at state level because, of course, that's a superb proving ground.”

IBM Australia yesterday opened another front in its local blockchain activity with the first local pilot of the IBM Food Trust, a blockchain-based technology for food provenance and traceability.

Meat processor Thomas Foods International and Drakes Supermarkets - which has 50 stores across South Australia and Queensland - both signed on as members to IBM Food Trust.

They tested the system by using it trace the origin of an Angus Scotch fillet steak “back to one of four individual farms.”

Colchester said that although it was technically a pilot, it used production data and was likely to be expanded to trace other items stocked at Drakes, or sold by Thomas Foods International.

“The thing that makes it feel like a pilot is because it's so obviously just a starting point,” he said.

“It's one product - an Angus Scotch fillet steak. What we will then very quickly be able to do is naturally expand that usage directly with Thomas and Drakes - but also with other Drakes suppliers and with other Thomas customers and further downstream players.

“So it's pilot in the nature of it being the first dipping of toes in the water. It's the first IBM Food Trust instance and completed trace here in Australia, and we expect real acceleration after this, both from these two customers, but for many others.”

Colchester said it was free for any food producer to add information into the IBM Food Trust. When companies wanted to use the service to trace provenance, subscription fees were levied, along with “a small onboarding fee”.

Subscription fees for a small business started at $137 a month, growing “into the thousands” per month for a large enterprise user (with tiered pricing in-between those two points, depending on company size).

While the first use case centred on supply chain traceability, there was no reason that information could not be presented to consumers of products in the future.

Both Woolworths and Coles have toyed with consumer-facing provenance, such as QR codes on packaging that can be scanned with a smartphone camera to get information on how a food item was produced.

Colchester said that the value of IBM Food Trust would be revealed once it was incorporated into other aspects of food distribution and retailing.

“The real benefit is to do more transformational things,” he said.

“So, one way I think about it is getting onto the platform, putting data in and getting data out, which improves traceability.

“But what comes next from that is what businesses are typically investing in - what can we do with this traceability data?

“Are we are we building a consumer-facing app to totally change people's in-store experience? Are we managing the deliveries of our beef in a much more granular way than we did previously? Do we have a much better handle on the safety side of things? Are we able to treat recalls far faster than we used to?”