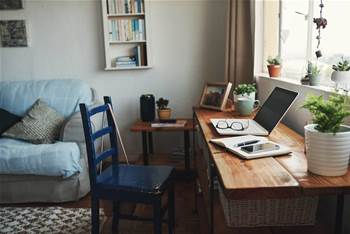 NBN Co will begin the new year with a fresh round of discounts aimed mostly at getting fixed-line users to vacate the 12Mbps tier, in line with a recent push to set 25Mbps as its new minimum speed.

The company will offer six months of wholesale discounts to encourage retail service providers (RSPs) to get customers to trial higher-speed services under a scheme it is calling “step up”. [pdf]

Users would be expected to pay the difference in price once the discount expires.

The discount is a far less combative attempt at vacating the 12Mbps tier, which is still home to 923,684 active services as at November last year, roughly 11 percent of all NBN fixed-line subscribers.

Under former management, NBN Co tried to force the issue by offering users a choice of either paying more to upgrade their internet or paying the same for a degraded service. This unsurprisingly did not work, and was axed two years later.

Executives at the time blamed RSPs for signing up users to cheap NBN plans at 12Mbps speeds during a “land grab” phase of the NBN, when they said RSPs were only concerned about market share and not customer experience.

In fact, the problem was as much - if not more - down to the NBN architecture and specifically the number of fibre-to-the-node (FTTN) services that struggle to support 25Mbps services.

It was largely pointless for customers on these poor connections to buy higher speed plans.

RSPs were also punished for signing users up to speeds that their lines could not support.

NBN Co will be hoping that a more conciliatory approach in the form of a six-month discount will help encourage 12Mbps users to try-before-they-buy a 25Mbps or 50Mbps plan.

This type of discount, however, has mixed results.

A previous six-month bid to get 100Mbps users to trial even higher speed services resulted in very few deciding to upgrade at the end.

NBN Co is now trying this at the end of the market that can least afford to pay more for internet.

It also comes after an extended period of debate over how to construct an affordable or subsidised NBN service for low-income users.

The 25Mbps tier has a further 1.05 million active connections - 12.4 percent of the active user base, though it appears from the quantum of the discount that migrating these users is a less pressing concern.

The use of more discounts is also curiously timed, as NBN Co has faced constant industry criticism over its use of discounting, likened to “sugar hits”.

RSPs are locked in drawn-out negotiations for longer-term NBN price changes and want the era of constant discounting to end, although NBN Co wants to maintain the option to offer discounts.

NBN Co is also reviving and recasting a “first timer’s discount” under a campaign called “light up”.

The premise is much the same - finding customers that have never bothered connecting to the NBN, or who have not had an active connection for an extended period of time, and offering steep discounts to coax them back.

The original first-timers discount was an aggressive offer of half-price internet for a year.

However, it was launched at a time when RSPs had other priorities, and was suspended when it became clear that the scheme wasn’t gaining traction.

Light up is an even more aggressive implementation, offering $15 to $20 a month discounts at the wholesale level for two years.

Of the discounts, NBN Co said that “throughout 2020 and 2021, usage on the NBN has increased as Australians have adjusted their ways of working and living to meet the challenges posed by the Covid-19 pandemic.”

“Changes in usage patterns arising from the Covid-19 pandemic during 2020 and 2021 mean that some customers are on plans that are no longer well suited to their needs, whilst there are other customers who do not have an active NBN connection who could benefit from the network.”