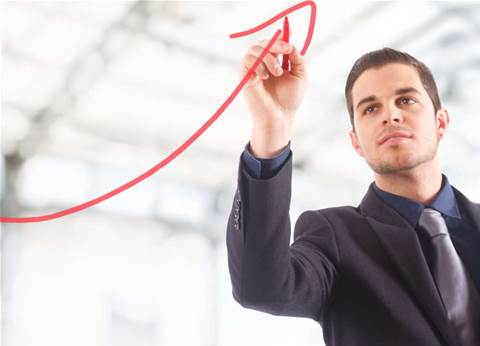 NBN Co is calling a temporary halt to a two-year campaign it has waged against over one million users on cheaper plans.

The company will now delay until June 2020 the removal of a key discount offer that allowed retail service providers (RSPs) to sell relatively uncongested 12Mbps services at affordable prices.

iTnews revealed in March that NBN Co would dump the dimension-based discount on connectivity virtual circuit (CVC) purchases made by retail service providers in May.

NBN Co sells products that are priced using both a legacy and newer bundled arrangement.

On the legacy arrangement - still home to about a million 12Mbps users - RSPs paid a set service charge and then a variable CVC charge, instead of the two charges being bundled together as they are under the new price model.

Killing the discount would have seen the price revert back to $17.50.

RSPs would have had to absorb the enormous increase in a low-margin service or cut back the performance offered on those plans.

After the move caused outrage - particularly among RSPs unable to change their in-market offers so quickly, NBN Co delayed the change to July 31.

However, it will now maintain the DBD until at least mid-2020, in what is basically a stay of execution for the remaining 12Mbps user base.

“NBN Co is extending its existing Dimension-Based Discounts for RSPs until 30 June 2020 to provide cost-certainty to the industry as it works through [a] consultation process and develops longer term solutions for customers with low usage and low speed requirements,” an NBN Co spokesperson said.

NBN Co has been under pressure to change its aggressive tune on its treatment of cost-sensitive users.

The Australian Competition and Consumer Commission’s (ACCC’s) belated interest in the issue is likely to have been a key motivation for a stay of execution on the DBD.

NBN Co’s general manager of pricing and commercial Ken Walliss avoided characterising the DBD cut and subsequent delays as a mistake or error of judgement on the part of the company.

“We haven't removed the DBD at any point so there hasn't been any detrimental impact from any change or anything like that,” he told iTnews.

However, there has been a clear exodus of users out of the 12Mbps tier in recent months, coinciding with the clampdown by NBN Co and its rushed intention to kill off the DBD.

NBN Co has not said how many of the 166,569 that recently vacated 12Mbps moved to more expensive plans or simply left the NBN altogether.

RSPs such as those owned by Vocus have pulled 12Mbps offers out of the market entirely, due to the impending expiry of the DBD - making it hard to fathom that NBN Co has escaped "detrimental impact" or blowback from the episode.

Additionally, the optics of the whole saga have not been good.

In addition, NBN Co is facing increased pressure from cellular operators like Optus that have brought to market price-competitive services with high quotas that could tempt fixed-line users.

The company is clearly concerned at the effect that a mass exodus could have on its take-up.

It today opened an initial consultation with its top 50 RSPs that aims to review wholesale pricing arrangements and structures for the first time since 2017.

“Part of the consultation is actually about looking to increase take-up of the NBN and making sure we get the value of NBN out to the widest possible group,” Walliss said.

The consultation paper also seeks industry feedback and suggestions on how new wholesale pricing and discount constructs “may be used to encourage greater take-up of NBN services by under-represented, price-sensitive segments of the market such as low-income earners and older Australians,” NBN Co said in a statement.

On the surface, that seems promising, but there may not be much ongoing joy for existing 12Mbps users here.

Rather, as Walliss told iTnews, the company is treating “under-represented, price-sensitive segments” as customers that aren’t choosing NBN services in the first instance.

“We're not just thinking about things like continuing what might be in-market at the moment, but actually starting to explore with industry [the] underserved segments, who clearly are under-represented on NBN and probably under-represented on the legacy network as well.

“That requires new thinking, not necessarily just replicating what has been there before - and it may be beyond price as well.”

Walliss gave the example of an older Australian that may indicate they don’t want broadband but do want “to have the ability to connect to their doctor in their home”.

“We need to think about how help RSPs frame up the way in which we're engaging all customer groups to make sure that we're maximising the opportunity,” Walliss said.

In that case, NBN Co appear to simply be proposing a change in the way NBN services are marketed, not necessarily to existing products that appeal to the price-sensitive portion of the market.

iTnews has confirmed that the consultation paper released to RSPs today does not contain any specific proposals that would guarantee a long-term future for customers on 12Mbps plans.

It does, however, make specific proposals to get more users onto 100Mbps services.

Walliss said the first consultation was “relatively open-ended” and that a more detailed set of proposals would be shopped to RSPs “in about five weeks time”.

To what extent that will benefit 12Mbps users remains to be seen.