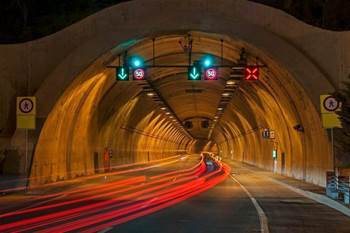 NBN Co and its five biggest retail service providers may jointly implement “unusual traffic management and capacity optimisation techniques” to keep services performing for those who need them most during the coronavirus pandemic.

A working group comprising NBN Co, Telstra, Optus, Vodafone, TPG and Vocus has been set up and given permission to collaborate and take extraordinary action.

That permission comes in the form of an Australian Competition and Consumer Commission (ACCC) interim authorisation, unveiled today.

However, measures decided by the group are “not compulsory” to implement, and the retail service providers (RSPs) can “opt out” if they so choose to.

The working group has two collaborative missions, which target the continued operation of internet services during the pandemic, as well as customer support in the form of hardship measures.

It’s the congestion management strategies that are likely to get the most attention, though much of the detail on this is either redacted or in non-public documentation.

“The [special working] group will share information, coordinate strategies to manage congestion and take other steps to address significant demand changes caused by the COVID-19 pandemic and the large numbers of people now at home during the day,” the ACCC said in a statement.

“The ACCC will be an observer on the special working group.”

How the NBN - and other telecommunications networks - would cope with a sudden influx of people locked down in their homes and conducting work and study remotely is being put to the test right now.

NBN Co has already offered free bandwidth boosts to providers to stave off congestion on its network.

However, it appears that other traffic management strategies will also be needed on the RSP side, with some workloads prioritised over others.

“The capacity optimisation strategies may directly or indirectly temporarily prevent, restrict or limit the supply of certain telecommunications services by group members to end users in Australia,” according to NBN Co’s application. [pdf]

NBN Co notes the shift of internet and voice services from enterprise and business-grade connections to residential, as workers are required to log in from their home connections.

The company said a joint approach was needed to manage these “abnormal traffic patterns”, and that this would require the use of “unusual traffic management and capacity optimisation techniques”.

Working collaboratively with the five largest RSPs means that the techniques could be applied to over 90 percent of all end users’ services, for an initial six months.

NBN Co does not rule out asking smaller RSPs to similarly join the arrangement.

Exactly what traffic prioritisation is planned is unclear, though NBN Co argues in its application that any short-term detriments on certain types of internet user “are significantly outweighed by the public benefits that arise”.

“The strategies implemented will only arise temporarily as a result of critical restriction or limitation of telecommunications services in some areas to ensure that critical demands can continue to be serviced during this period of national crisis,” NBN Co said.

In a statement of its own, NBN Co welcomed the interim authorisation.

"We are pleased that the ACCC has moved swiftly to grant the necessary permission that allows NBN Co to continue to lead and co-ordinate the whole-of-industry response within the telecommunications and communications sector, and we recognise and appreciate the resolve and commitment of our industry partners during this time," a spokesperson said.