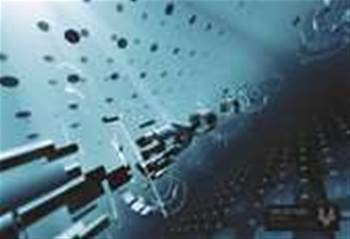 Technology could cut greenhouse gas emissions by 20 per cent.

The Department for Environment Food and Rural Affairs (Defra) has released the results of a study exploring some of the ways in which nanotechnology could be used to help combat climate change.

The study investigated the opportunities and potential obstacles to the adoption of a number of environmentally beneficial nanotechnologies.

The report suggests that nanotechnology could contribute to reducing greenhouse gas emissions by up to two per cent in the near term, and up to 20 per cent by 2050 with similar reductions in air pollution.

"It is hard to conceive of a greater challenge than combating climate change, " Defra chief scientific adviser, Howard Dalton, told a meeting of The Royal Society.

"Today's report indicates the key areas where nanoscience may help lessen its effects, and contribute to achieving society's ambitions for a sustainable future.

"However, the report draws particular attention to the need for government, industry and scientific communities to work together in answering some of the fundamental questions regarding the behaviour and toxicity of nanomaterials."

Defra minister Lord Rooker added: "The report gives a useful account of the current state of innovation in this important area.

"[UK] Government is considering the report's recommendations for further research and action to foster progress and bring about the adoption of some exciting new technologies."

According to the study, nanotechnology could help significantly reduce carbon emissions in the following areas:

Fuel Additives: Nanoparticle additives have been shown to increase the fuel efficiency of diesel engines by approximately five per cent which could result in a saving of two to three million tonnes of CO2 in the UK.

Solar Cells: Nanotechnology may deliver benefits in significantly decreasing the cost of solar cell production. If a distributed solar generation grid met one per cent of the electricity demand, approximately 1.5 million tonnes of CO2 per annum could be saved.

The Hydrogen Economy: If hydrogen is generated via renewable means, or using carbon capture and storage, all CO2 emissions from transport could be eliminated saving 132 million tonnes of emissions each year.

Batteries and Super-capacitors: Nanotechnology could allow electric vehicles to be recharged in under 10 minutes, comparable to the refuelling time of current cars. If low carbon electricity generation techniques are used, CO2 from private transport could be eliminated or, using the current energy mix, could save 42 million tonnes of carbon dioxide.

Insulation: Cavity and loft insulation are cheap and effective, but there are no easy methods for insulating solid walled buildings, which currently make up approximately one third of the UK's housing stock. Nanotechnology may provide a solution which, if an effective insulation could be found with similar properties to standard cavity insulation, could result in emission reductions equivalent to three million tonnes per year.

Dr Steffi Friedrichs, director of the Nanotechnology Industries Association, said: "Defra's report gives an excellent overview of the wide-ranging advances that can be achieved through the control and manipulation of matter on the nanometre scale in order to help solve one of mankind's biggest threats: climate change.

"Crucial to these advancements having an impact on climate change will be improving the public's understanding of nanotechnology's benefits, particularly with regards to health and safety issues, ensuring that the commercialisation process is not unnecessarily delayed."

The research is timely following today's report in Science magazine that the southern oceans are absorbing less CO2 than before, which is predicted to accelerate some of the effects of climate change.
Got a news tip for our journalists? Share it with us anonymously here.
Copyright ©v3.co.uk
Tags:
changeclimateforhopenanotechoddwareoffers