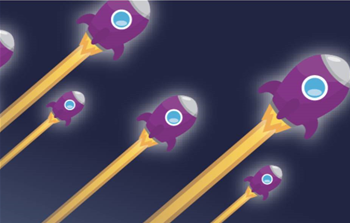 MyRepublic’s founding A/NZ CEO Nicholas Demos is set to leave the retail service provider after over five years at the challenger brand.

The Singapore-based firm entered Australia in mid-2016 and was a forerunner in establishing demand for gigabit residential services at a retail price point not too dissimilar to what is available now.

At that time, however, MyRepublic was heavily subsidising retail services in the hope of pressuring NBN Co to lower its wholesale prices and increase its bandwidth inclusions.

Demos told iTnews that after five-plus years running MyRepublic’s A/NZ operations it was time to move on.

“It’s been a great five years,” he said.

“I’ve made New Zealand profitable, Australia we’re almost there. The business is at a place I’m comfortable with. I’m happy with it.”

Demos said he had “a couple of opportunities” but did not elaborate.

MyRepublic managing director Yong Teck Yap will now oversee the Australia business and operations, and will work with Demos on the transition of leadership.

MyRepublic CEO and founder Malcolm Rodrigues said the compant "respect Demos' decision, offer him our full support, and express our sincerest gratitude for his work in building the ANZ MyRepublic platform and brand."

News of Demos’ departure came at the same time as a round of redundancies in the company’s Manila-based operations team, which provided customer support services to its regional operations, including A/NZ.

Demos said there had been redundancy rounds since the retail service provider’s inception, as it gradually implemented automations that it did not have in place when it started.

“Because we grew so very quickly we had to catch up,” he said. “We expected to be busy, but not that busy.”

Demos said that early adoption of live chat had helped MyRepublic to serve customers through the pandemic.

As iTnews has previously reported, several RSPs had to quickly ramp up live chat to deal with support volumes, as capacity in traditional outsourced support centres was severely constrained.

He said MyRepublic had more recently increased its use of chatbots to handle certain processes such as customer authentication and triage prior to their inquiry being addressed.

Sources close to the automation and latest round of redundancies suggested there were now limited staff running technical support, IT, data, service delivery and compliance functions for MyRepublic.

They raised concerns that moving from phone support to live chat could have a negative impact on customer service.

However, it's a similar model to that used by other challenger RSP brands, including Telstra's Belong.

Yong Teck Yap said in a statement that as MyRepublic "continue to drive automation under a converged single regional platform, we are bound to reshape our operating model."

"Affected staff are mostly in customer service and operations in offices regionally and impact an unspecified number of staff," he said.

“The telecom sector is reinventing itself, with our future success dependent on being able to drive a highly scalable, super automated tech-stack and operating model into our own operations as well as into operators to whom we license our platform.”

This story was updated to include additional commentary from MyRepublic.