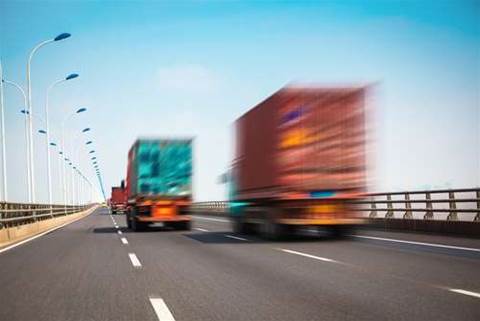 Myer and OneSteel have initiated separate projects to help them get product into customers' hands.

The two firms are among a host of companies working to plug gaps in the information they exchange with third parties in their respective supply chains, such as wholesalers, suppliers and logistics service providers.

Each has its own reasons for wanting better visibility of product movements.

Myer is moving towards an 'omnichannel' retail strategy, which will allow consumers to browse and buy using a mix of channels, such as bricks-and-mortar stores, the internet or mobile devices.

This requires a "total change" in the way it looks at fulfilment, according to Myer national logistics systems manager Stephanie Bromser.

Retailers no longer care just about getting merchandise to the point of dispatch — they need to be able to track delivery "right up to the customer's home".

OneSteel — which is effectively BHP's former steelmaking business units — wants its customers to be able to keep track of orders "from manufacturing right through to their door", supply execution manager David McNeil told a similar forum for the transport and logistics sector.

It is piloting a way of exchanging data with one of its logistics partners, K&S Freighters, and is hoping to eventually have order status data from all its transport providers drawn back into a central website, where it can be viewed by customers.

Both Myer and OneSteel are using standards created by supply chain industry body GS1, which is perhaps best known for barcodes, but has also produced standards for business-to-business messaging, document exchange and data synchronisation.

Although transportation and logistics service providers are collecting detailed information about goods on their networks, the data isn't necessarily being shared or exposed to the sender or recipient of the freight being moved.

"There are a lot of examples of practices where [companies will] push the freight into the system and won't see it until it pops up again [at the receiving end]," Australian Logistics Council supply chain standards industry group chair Tim Kelsey said.

"If you're talking about longer haul rail activities it might be some days before you expect to see it again," he said.

"That becomes problematic for suppliers and receivers of goods in making sure inventory is going to be available at the right time".

For many, the dream is intermodal integration — effectively end-to-end visibility of goods in transit, regardless of the mode or modes of transport used and who owns them.

McNeil said OneSteel spends "about $200 million a year on freight", with about half of that assigned to rail.

"We've got a dedicated rail fleet that Pacific National haul across the country for us," he said.

The company is able to track the steel products it makes up to the rail terminal. "We have pretty decent visibility, but we do have that black hole where once [the freight] gets beyond that [rail] network and into the hands of an LSP [Logistics Service Provider], we do lose sight [of it]."

The visibility OneSteel does have is fed from the rail terminal into an old mainframe from the BHP days. An extract of order status information is drawn from the mainframe into a database that is connected to a web front-end powered by EzyCommerce. This is what OneSteel's customers see.

In the future, OneSteel is hoping the database will accept order status data feeds from all of its external logistics service providers, allowing the manufacturer to surface the shipping status of orders all the way through the supply chain.

It also wants to enable two-way communication with its logistics partners to query order status and receive a response about it. This could be important when managing "exceptions", such as issues encountered en route that may delay the end delivery of a shipment.

"We work with a lot of transport providers, and those providers have got a lot of good systems," McNeil said.

"We can go to their websites and find out what's happening with deliveries. They don't necessarily always tell us when the product's going to turn up, but they're pretty good.

"The problem we've got is that we've got too many [providers]. We really want to get into a position where we can talk to [their] systems, get that information back and provide a one-stop shop to our customers so they can see from manufacturing right through to their door where their product is.

"In other words, we want to have control and visibility of our supply chain, and we want to do it in such a way that as we're getting messages back from our transport providers, if need be, we can send back B2B messages to our customers internally [about their shipments]."

OneSteel is piloting the concept with one of its logistics partners, K&S Freighters, which is perhaps best known as a road transport operator but also has freight forwarding operations via rail and sea. The engagement has been facilitated in part by GS1 Australia.

The first phase of the pilot, to occur over the next three-to-six months, is to be able to send K&S a "transport instruction message, and in turn in this first case we just want to get a transport status message back from them".

"One of the things we've picked up in terms of when we send product via K&S intermodal to Perth from our Melbourne plant [is] we basically lose sight of that dispatch once it goes out the door at Melbourne, but we know in the K&S system that they're tracking that right through when they go intermodal," McNeil said.

In the "mid-term" — estimated to be within 12 months — OneSteel wants to be able to send and receive messages and documents with other transport providers, "whether that be Toll or Pacific National".

Beyond 12 months, OneSteel hopes to expand on the breadth of documents it exchanges with partners, believing it will open new opportunities and efficiencies.

McNeil believed logistics operators aren't against the idea of sharing data from their tracking systems. Though not denoted as a supplier to OneSteel, Aurizon saw benefit in working towards intermodal integration and data exchange.

"In most instances, information exists," Kelsey said. "Most [logistics] companies are investing in IT but it doesn't necessarily integrate in any sort of sensible fashion".

Kelsey told iTnews that the path to integration is less of an issue than the "purpose it serves".

"It's about tailoring our service to particular industry and customer needs," he said.

"The conversation is a two-way street. It will really be about that dialogue with customers to say, 'How do we serve your needs? What information do you need? What sort of level of visibility?'"

Myer's Bromser believes that retailers in Australia will embrace dropship vendors as has occurred in overseas markets, particularly as they move into an omnichannel future.

Dropshipping does not require retailers to hold inventory; once an order is received, it is sent to the manufacturer or wholesaler to ship directly to the end customer.

"Australia is well behind that trend but I do believe it will catch up," Bromser said.

Myer is looking to Electronic Data Interchange (EDI) — a GS1 standard it has used to communicate with suppliers' systems since the 1980s — to help it talk with the likes of dropship vendors in the new world of omnichannel.

"We need new EDI documents to help us get more information from dropship vendors to help us track and trace our customers' orders right up to the customer," Bromser said.

Myer launched a $9 million website last year that will provide a frontend to the online portion of its omnichannel experience. Complimenting this is a suite of backend systems for order management, merchandising and fulfilment.

Bromser likens omnichannel to a pantomime horse. "The front end does all the acting but without somebody in the back it's just a guy in a horse's head.

"You actually need the backend of fulfilment to make an omnichannel experience good for the customer.

"[Our] supply chain basically has to provide good quality inventory data about stock on hand, it needs to know exactly what is there and it needs it in a timely manner. It also needs to provide fast and efficient fulfilment. Both of those things are critical for omnichannel retail."

The end goal is to allow customers to mix-and-match the way they interact with Myer, starting and completing the sales process in any channel they feel most comfortable.

iTnews reported earlier this year on the progress of surf brand Billabong, which is in the process of reshaping its own retail experience to an omnichannel format.