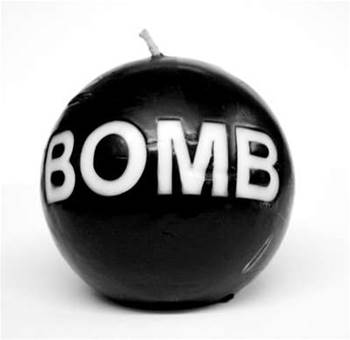 A man has been fined £1000 (A$1650) and given a criminal record after being found guilty of posting a "menacing" message on Twitter threatening to blow up an airport.

It was passed to South Yorkshire Police and Chambers was arrested and charged under the Crown Prosecution Service (CPS) - under section 127 of Britain's Communications Act.

Robin Fry, a partner at law firm Beachcroft believes that Chambers was "very unlucky" to have been prosecuted, and that the decision set a "worrying precedent" for electronic messages to be interpreted in this way under the Act.

"In essence, messages like this are offences bordering on thought-crime. Even if none of your group of friends receiving the message would be offended, or indeed if none of them read it because of a delivery failure, it's still an offence," he said.

"With more recorded conversations taking place than ever before, there could well be many more cases like this in the future. Many people could be infringing the law now without knowing it."

Immediately after the trial, Chambers updated his status on the site to read: "I'd like to thank the CPS for their level-best efforts in f**king up the life of an ordinary citizen. I love Britain."

Twitter users also expressed their outrage under the hashtag #twitterjoketrial, and many are considering setting up an online account to help pay Chambers' fine.

Got a news tip for our journalists? Share it with us anonymously here.
Copyright ©v3.co.uk
Tags:
airportchambersmessageoddwaresecurity