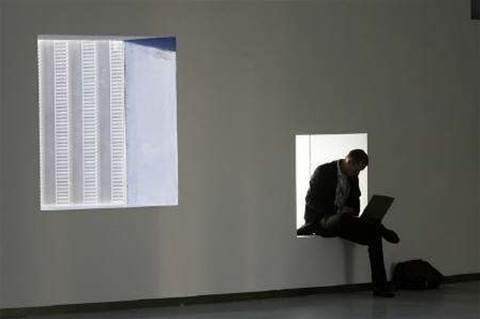 Using a laptop computer as the name suggests may not be good for male reproductive health, according to a study.

And there is little that can be done about it, aside from using the laptop on a desk, said Yelim Sheynkin, a urologist at the State University of New York at Stony Brook who led the study published in Fertility and Sterility.

In the study, thermometers were used to measure the temperature of the scrotums of 29 young men balancing a laptop on their knees. Even with a lap pad under the computer, the men's scrotums overheated quickly.

"Millions and millions of men are using laptops now, especially those in the reproductive age range," said Sheynkin.

"Within 10 or 15 minutes their scrotal temperature is already above what we consider safe, but they don't feel it."

According to the American Urological Association, nearly one in six couples in the United States have trouble conceiving. About half the time this is due to male infertility.

Under normal circumstances, the position of the testicles outside the body keeps them a few degrees cooler than the inside of the body, which is necessary for sperm production.

No studies have yet researched how laptops affect male fertility and there is no strong evidence that it would, Sheynkin added. But earlier research has showed that warming the scrotum even more than one degree Celsius is enough to damage sperm.

Though both general health and lifestyle factors such as nutrition and drug use can affect reproductive health, tight jeans and briefs are generally not considered a risk factor since people are moving around.

Holding a laptop on the knees, though, requires keeping the legs still and closed. After one hour in this position, the researchers found that the men's testicle temperature had risen by up to 2.5 C.

A lap pad kept the computer cool and meant that less heat was transmitted to the skin, but Sheynkin warned it didn't do much to cool the testicles and might give a false sense of security.

"I wouldn't say that if someone starts to use laptops they will become infertile," Sheynkin told Reuters Health, though he warned that frequent use might contribute to reproductive problems because "the scrotum doesn't have time to cool down."

When the men sat with their legs spread wide -- made possible only by placing the computer on a large lap pad -- they could keep their testicles cooler. But it still took less than 30 minutes before they began overheating.

"No matter what you do, even with the legs spread wide apart, the temperature is still going to be higher than what we call safe," said Sheynkin.