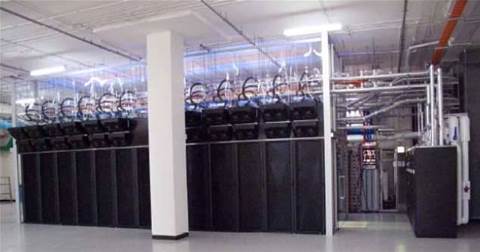 Australia's telcos and ISPs are backing plans to examine fresh regulation of the conditions and fees imposed for access to Telstra exchange buildings and ducts.

Optus, iiNet, AAPT and Macquarie Telecom have all issued statements supporting the commencement of a formal inquiry by the Australian Competition and Consumer Commission (ACCC) into the issue.

The watchdog can "declare" certain services using its powers in Part XIC of the Competition and Consumer Act. Once declared, the service must be supplied under regulated terms and conditions.

ISPs have long reported issues with Telstra's facilities access services. The incumbent was fined $18.55 million in 2010 for blocking ISPs from accessing available space in exchange buildings.

Macquarie Telecom indicated it was particularly keen for price terms for facilities access services to be declared. (pdf)

"Though carriers have had regulated access to Telstra's facilities for over a decade, there is no prospect of more competitive pricing via commercial negotiations," iiNet said.

"Declaration would provide a means for the ACCC to promote competition by implementing cost based pricing".

Schedule 1 of the Telecommunications Act is an existing source of regulation that governs access to some Telstra facilities.

AAPT, however, said this avenue was "inefficient and badly flawed". iiNet said it had "first hand and current experience of the inherent difficulties of utilising the Schedule 1 mechanisms" for facilities access.

Several telcos raised the NBN as a reason to regulate Telstra exchange access more closely, given that most points of interconnect are to be housed in existing exchange buildings.

"Rollout of the NBN is unlikely to change the bottleneck characteristics of the Telstra facilities," AAPT said. (pdf)

"During the transition to NBN, continued access to TEBA will be required (and is unavoidable)..." Optus said in a separate submission (pdf).

"The NBN rollout adds additional importance and reliance for continued access to TEBA.

"Where a NBN POI will be co-located within an established TEBA site, access seekers should also be given the flexibility to directly interconnect with NBN Co from their existing TEBA space.

"Absent declaration, there is no certainty that this ability to interconnect directly to NBN Co within an existing TEBA site will be available."