Interpreters trial video with 3G and a $30 courier 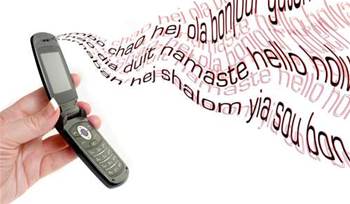 A Victorian translation firm has started couriering videoconferencing kit in unbranded boxes to schools and at least one regional community health service to save on interpreters' travel costs.

Interpreterline's chief Ismail Akinci said the firm had trialled the idea twice with schools and the Victorian Department of Education.

He also said another trial had seen the kit shipped to Goulburn Valley Health with a NextG wireless router.

Akinci said Interpeterline had toyed with the concept because there was a finite source of interpreters available for some languages in Australia. His business also relied on interpreters having time to travel to locations where they were required.

"The cost to send an interpreter to Geelong was three times the cost of the professional service delivered by the interpreter," Akinci said.

Akinci said the company had started sending out Tandberg desktop videoconferencing devices by courier to regional and rural locations where it was anticipated interpreters would be required more than twice in short succession.

Translators generally sat in Interpreterline's offices and connected to the desktop boxes via public internet - in some cases wirelessly - although they could also have devices couriered to them to let them work from home.

"Certainly in some areas the signal strength was not strong enough but in most areas we tried - such as where we linked an interpreter to Goulburn Valley Health on a 3G router - it was good enough for interpreting purposes," he said.

"By that I mean it could support three people in conversation. The interpreter needs to be able to interject when they have enough to translate.

"Essentially we didn't find the technology a hindrance and constantly requiring the interpreter to ask again because people were talking over top of each other."

Akinci said the company had tried to courier a Tandberg 1700 MXP - a television-sized telepresence unit - to a client site but "it's a very heavy device" and proved costly.

"We explored insuring it and it's very prohibitive couriering around a 1700," he said.

The company instead used either an E20 unit, usually targeted at executive desktops, or an earlier model, the T100, which Akinci believed weighed less than the E20.

"We put it into an unbranded box and the courier costs to Shepparton were only $30," he said.

Akinci hoped to convert some of the 80 translation teleconferences his firm hosted per day into video.