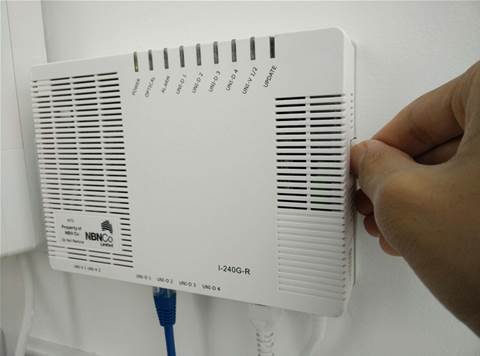 As TPG companies raise their performance.

Internode has set an aggressive new mark in the race to improve average speeds on NBN services during the evening peak, raising the performance of its NBN50 and NBN100 plans.

The TPG-owned group of retail service providers - which include the TPG, iiNet, Internode and Westnet brands - all updated their average peak performance numbers today.

The update coincided with the first installment of the ACCC’s broadband speed monitoring program, which found NBN services performing above expectations.

TPG was reported to have done especially well at closing the gap between average peak performance and theoretical peak speed of their plans.

Of all the TPG brands, Internode appears to have set a new service quality mark.

Such a large increase could indicate the RSP is funding more CVC per point of interconnect in order to deliver better speeds during busy hours.

The rest of the TPG group of RSPs now top out at 44 Mbps on NBN50 plans, while they all vary on performance at the NBN100 tier.

The reporting of average speeds during the 7-11pm peak - a requirement of marketing guidelines created by the ACCC in August last year - has quickly become an arms race among NBN RSPs.

In successive months, iTnews has tracked the upwards movement of these numbers, with several RSPs constantly battling to produce the highest peak speed numbers.

Still, the numbers capture a somewhat incomplete picture of the market as some mid-sized and newer players aren’t publishing any figures, and are instead interpreting the ACCC marketing guidance in their own ways.

How the various interpretations stand up will be put to the test this year when the ACCC formally reviews how its guidelines have been implemented by industry.

There is a high chance that RSPs outside the TPG group will also update their own numbers following the release of the first ACCC broadband monitoring report.

That report found industry average numbers during the evening peak were even higher than those being published by RSPs - but that could narrow as RSPs move their individual numbers closer to this new industry average mark.

A more useful set of data would be the actual CVC being provisioned per PoI; on that, only Aussie Broadband publicly releases these figures.

The ACCC recently said it would not force RSPs to publish this data through one of its quarterly reports, meaning the decision is still left to individual RSPs as to whether or not to provide consumers this depth of information.