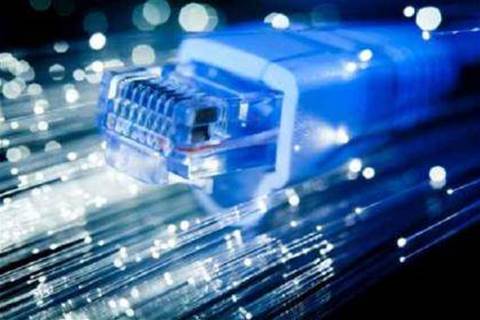 But are 400 users “statistically significant”?

NBN services are performing at a level above even what retail service providers claim in their advertising, according to a sample of 0.0001 percent of active services.

The ACCC today released the first of a late-running series of reports as part of its NBN speed monitoring program [pdf].

The initial batch of results are remarkable, but the sample size is low and all but confirmed by the ACCC as being not as diverse as hoped.

The watchdog also appears to suspect the results reflect only a new experience for many NBN users - not what they had before major price construct changes were announced by NBN Co and adopted by retail service providers at the end of last year.

“It is highly likely that just a few months ago these results would not have been anywhere near as good,” ACCC chairman Rod Sims said in a statement.

On face value, the major finding of the first speed study is that users are, on average, seeing better performance in the 7-11pm peak than the RSP is promising to deliver.

That equates to 87.97Mbps on a 100Mbs plan, where RSPs promise at best between 66.2Mbps and 84Mbps, based on previously published analysis by iTnews.

Similarly, the ACCC claims 50Mbps users see 44.34Mbps on average, where the highest any RSP claims to deliver is 43Mbps on average.

(Above - The ACCC average speed numbers, compared (below) to iTnews' collation of reported average peak speeds claimed by RSPs).

“These first test results are better than expected, and indicate the majority of internet service providers are now delivering very close to their maximum plan speeds,” Sims said.

However questions remain on just how representative the sample of users and data collected is - and therefore how applicable it is to the end user experience across the entire network.

The ACCC claims the “results are statistically significant”, though they cover just 400 NBN and ADSL services supplied by over 10 ISPs, "reflecting 61,000 individual download speed tests”.

Even if the 400 users were all on the NBN, that would be out of a base of approximately 3.3 million active NBN services in the test period, according to numbers published by NBN Co in its weekly reports.

This is the equivalent of less than 0.0001 of a percent of users submitting speed test results.

The ACCC has said the sample size will grow for future reports.

It said it has assembled “a growing panel of over 600 volunteers" for its next quarterly testing from a pool of 9000 applicants. The watchdog is still searching for more.

“As the NBN rollout continues, the ACCC’s future reports will provide information on a broadening range of services, including a regional/metropolitan comparison,” it promised.

“The next reports will be out in the second half of 2018, with testing expanding to cover 2000 NBN and ADSL services by the end of year.”

At least one speed tier and some access technologies are not measured in the ACCC’s monitoring program.

The initial report “did not test NBN 12Mbps maximum speed plan services as these are designed to replicate ADSL only".

In addition, it has been previously reported that the tests do not cover fixed wireless or satellite performance. NBN Co is currently experiencing congestion problems in the fixed wireless network.

NBN Co said in a statement that it was "pleased to see the results from the ACCC broadband speed testing program reflect the initiatives we have recently implemented to improve customer experience."

"The report reiterates the positive impact of our new wholesale pricing promotion, which has relieved bandwidth congestion on the network," it said.