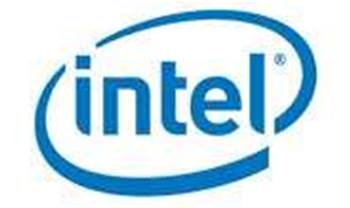 Intel is claiming a milestone in optical communications with the first 50Gbit/s receiver and transmitter modules that produce their own laser light.

The development will lead to low-cost optical links within five years that could scale to speeds of up to a terabyte per second, according to the firm.

Intel's silicon photonics data link is just a laboratory research vehicle at the moment, but the company said it will bring the economy of scale from silicon chip manufacturing to deliver low-cost optical communications in everything from datacentres to PCs and even consumer video.

Dr Mario Paniccia, director of Intel's Photonics Technology Lab, said that the industry is reaching the limits of copper wiring, with speeds above 10Gbit/s requiring more energy to transmit across anything but short distances.

Moving to optical fibre and photonic communications is one answer, but current technology is too expensive.

"Because of the cost, because of the bulkiness, the costs are still limiting use only for telecoms. It is very difficult to drive use of optical in the PC or in and around everyday devices," said Paniccia.

Intel's technology uses a hybrid silicon laser that is integrated into the transmitter chip itself, along with other components such as the modulator and multiplexer to combine several laser beams representing separate channels for transmission along an optical fibre.

This means that the transmitter and receiver can be manufactured using similar processes to Intel's CPU chips.

"What could happen if we take the benefits of silicon manufacturing, the ability to do high-volume low-cost, highly-integrated silicon processing, and combine that with the laser? We can now start driving optical communications anywhere, everywhere, to any place," said Paniccia.

Another key attribute is that the transmitter and receiver can be integrated into equipment using standard circuit board assembly techniques, and Intel said it has also developed a low-cost passive connector to attach the fibre optic cable.

The data link Intel has in the lab today uses four 12.5Gbit/s channels multiplexed to create a 50Gbit/s link, but Paniccia said this can scale up to 25, 40 or 100Gbit/s channels, and scale out to eight or more laser channels on a single chip. This means that a one terabyte link is easily within reach, he claimed.

Products based around the technology could be on the market within three to five years, Paniccia predicted.

Early adoption is expected to come first in datacentres and servers, but Intel said it expects everything to be connected by optical fibre eventually.

High-speed optical links will be needed to carry the gigabytes of bandwidth that will be required by next-generation high-definition video standards.

Paniccia speculated that high-speed links will revolutionise high-performance and cloud computing. Compute and storage elements need not be positioned close together, for example, but could be far apart. "This is just the beginning," he said.

Got a news tip for our journalists? Share it with us anonymously here.
Copyright ©v3.co.uk
Tags:
channelschiplaserlinknetworkingopticalsilicon